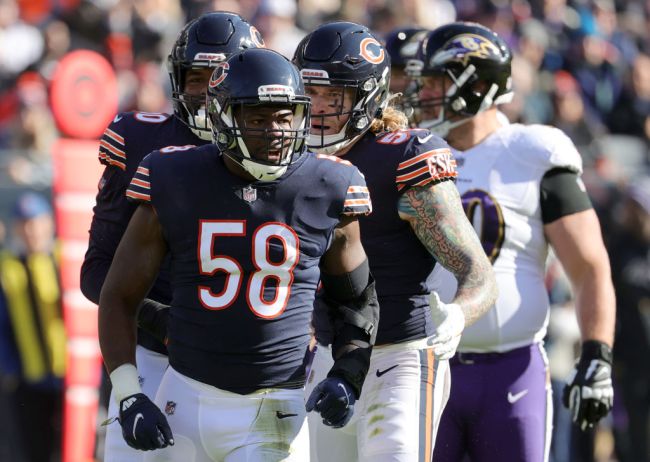 It has only been a few days since Roquan Smith officially requested a trade from the Chicago Bears, but his pursuit of a trade has already taken a very interesting turn.

Aside from the Bears deciding to activate Smith from the PUP list, there hasn’t seemed to be much going on with the Smith situation. However, it appears that isn’t actually the case.

Today, Pro Football Talk reports that a league source has told them that somebody claiming to represent Roquan Smith has been contacting teams to gauge their interest in trading for the disgruntled star.

Someone who claims to represent Roquan Smith is calling teams to gauge trade interest, even though the Bears haven't granted Smith permission to seek a trade. https://t.co/VnvC1VQfkw

While this may not seem to be anything unusual for a player who has requested a trade, these calls are actually problematic for a couple of reasons. First of all, according to the report, the person making the calls isn’t an agent certified by the NFLPA.

Second, and way more importantly, the Bears haven’t given Smith permission to begin seeking out a trade. That means that any team who actually engages in one of these trade calls, it could be considered tampering.

Based on the penalty the Miami Dolphins just faced for their own tampering with Tom Brady and Sean Payton, teams will likely be very wary about drawing the ire of the league. Those infractions cost the Dolphins a 1st round pick and a 3rd round pick, which is more than a team would actually have to trade for Smith.

Smith likely shouldn’t even need to have somebody reaching out to teams to generate interest. He’s still on a rookie contract and is coming off of being named an All-Pro in consecutive seasons.

With a resume like that after just 4 NFL seasons, tampering shouldn’t be all that necessary for Smith to find a new home.