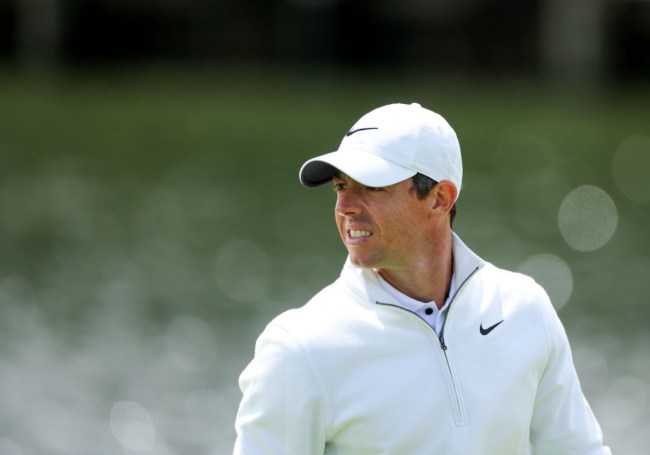 Amid all the rumors of a Saudi-backed golf league, Rory McIlroy has consistently and emphatically been against a breakaway circuit that would rival the PGA Tour. Even after a schedule of events and purse information was released on Wednesday, McIlroy’s opinion hasn’t changed one bit.

LIV Golf Investments and CEO Greg Norman announced the LIV Golf Invitational earlier this week, which will consist of eight events with a ginormous $250 million purse.

The biggest incentive to play in the LIV Golf Invitational events is the prize money. Tournaments will be 54-hole events, shotgun starts, and consist of purses that will pay $20 million for the individual portion. Another $5 million will be rewarded for the team portion and a season-finale will pay out a $30 million purse.

For comparison, last week’s Players Championships on the PGA Tour had a $20 million purse, which that is by far the biggest purse on Tour.

Some players, at least according to Norman, have shown interest in making the jump over to the breakaway tour. McIlroy won’t be one of them, and he thinks anyone that believes Tour players are currently underpaid “need their heads examined.”

“I play golf for a living. There’s nurses and teachers and they’re the ones that should be getting paid a lot more,” McIlroy told Jamie Weir of Sky Sports.

“So, I just wouldn’t feel right at all saying that I get underpaid for playing a game for a living. Like, I realize how fortunate I am and anyone that says otherwise needs their head examined.”

McIlroy has always had a way with words, and his statement about the notion of athletes being paid too little, while teachers and nurses are in fact underpaid, will certainly bring more fans into his corner.