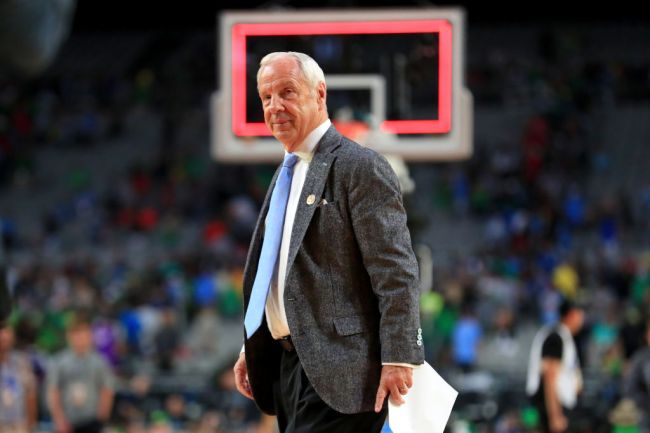 The basketball community has begun paying tribute to Roy Williams and his legendary career, as the iconic University of North Carolina men’s basketball coach has announced he will be retiring after 33 seasons. During his three-plus decades as UNC’s head coach, Williams led the Tar Heels to three national titles (2005, 2009, and 2017).

As soon as Williams’ retirement was announced, the entire basketball community — from fans to analysts, from former players to longtime rivals — took to social media to pay tribute to the longtime UNC Tar Heels coach. Even Duke had something nice to say.

Salute to UNC Head Coach Roy Williams on a legendary 48-year career. All respect. Thank you for all you have done for the game, our league and the greatest rivalry in sports. 🤝

Roy Williams has been a credit to the profession, and one of the truly great coaches of all-time, in any sport. Williams is also a wonderful person. Congratulations on a magnificent career, and thank you. pic.twitter.com/kt8AUzo9zS

My Duke people WILL NOT like this but I grew up a @UNC_Basketball fan.. sad to see a legend retire in Roy Williams. Roy has always been a class act & is one of the greats. Big decision time for a program in which I admire & always respected in our rivalry.

OMG I thought it was April Fools joke but it is TRUE Hall of Famer ROY WILLIAMS @UNC_Basketball is retiring . He’s been so good that he is one of my MT RUSHMORES OF COACHING in my 40 + yrs @espn Bob Knight – Coach K – Dean Smith – ROY WILLIAMS / Thanks for ALL the memories !

Roy Williams is a gentleman and obviously an all-time great. We will miss him on the floor. I’ll mostly miss the “now, you can’t tell this story on TV” stories, that almost always left all of us howling in laughter. All the best Roy. Congratulations on a brilliant career!

I loved my chats over the last few years with Coach Roy Williams. Such a refreshingly kind spirit. Always made time and always left with a laugh and smile. Every time. pic.twitter.com/dPg0XUhpHp

Hard to overstate Roy Williams' importance to UNC. He saved the program. 3 rings while humbly and comfortably being in his mentor's shadow. Adjusted to CBB trends well (esp for his age.) A great ambassador for the school and was extremely generous and gracious to all other sports

Roy Williams has been one of the great coaches in American Sports. pic.twitter.com/z6WDxpZbmD

The 70-year-old Williams, who spent nearly 50 years as a college basketball coach, will be speaking to the media at the Dean E. Smith Center today at 4 p.m.

The second-winningest coach in UNC history, Williams’ 903 wins in 33 seasons is 100 more than any other coach in NCAA history, with Duke coach Mike Krzyzewski sitting at 803, and fellow legendary UNC head coach Dean Smith at 802.

Already inducted into the Naismith Basketball Hall of Fame back in 2007, Williams retires third all-time in wins by a Division 1 head coach at 903, the second-winningest coach in UNC history and the third-winningest coach in University of Kansas history, the sixth-highest winning percentage (.774) in NCAA history, and the as the only coach in history with at least 400 wins at two different schools.

Fittingly, Williams’ final regular-season game is a 91-73 win over his longtime rivals, the Duke University Blue Devils. Williams final NCAA Tournament game wasn’t as pleasant of a send-off, though, as the Tar Heels lost to the University of Wisconsin Badgers by 23 points in the first round. We doubt that’s the game that will stick with him, though.