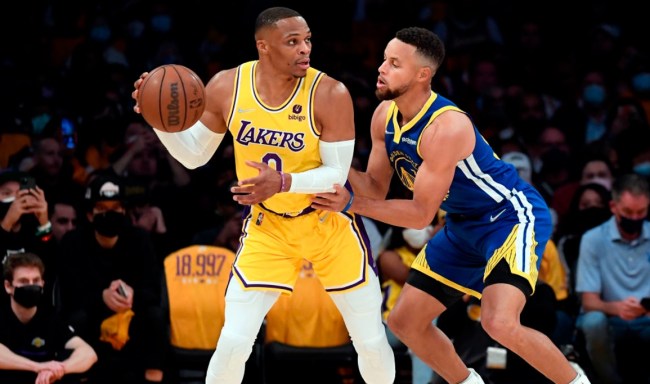 Russell Westbrook struggled in his debut with the Lakers on Tuesday night and fans immediately ripped him to shreds.

During the Lakers’ opening day loss against the Warriors, Westbrook only scored 8 points off 4-13 shooting while both LeBron James and Anthony Davis scored over 30 points each.

After the Lakers’ first loss of the season, “Westbrick” immediately started trending on social media as NBA fans mocked Russell Westbrook for his poor showing.

“Lechoke and Westbrick are the worst duo in history, I told you so” on undisputed tomorrow morning pic.twitter.com/lQzBsUtxhP