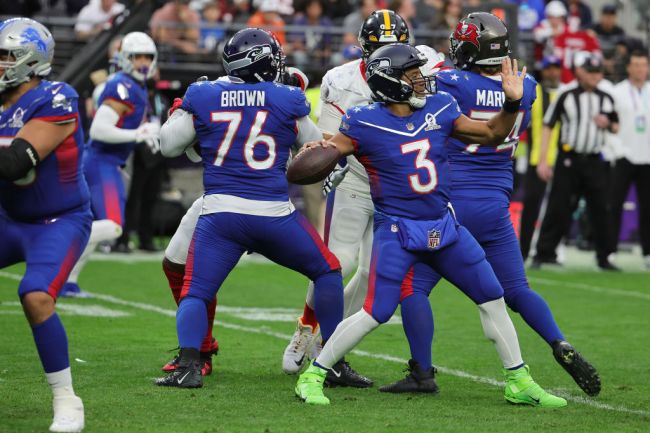 Football fans were shocked to learn today that Russell Wilson is being traded to the Denver Broncos. It’s a move that completely changes the NFL landscape and now we know just what it took for the Broncos to land Wilson. It turns out, it’s nearly as much as you’d expect.

The final player traded from the #Broncos to the #Seahawks is Noah Fant.

The #Broncos believe in Albert Okwuegbunam taking over.

It’s not the type of haul you’d expect for such a major deal. It is extremely rare to see such a great QB traded. It is even more rare to see it happen without them openly demanding it, especially with 2 years left on their contract. Now, we’ve actually seen Wilson dealt and it turns out it only took 2 first rounders, 2 seconds, a couple of good pieces, and Drew Lock.

Comparatively, Matt Stafford cost the Rams 2 firsts a year ago and the Lions had no chance of keeping him. The Seahawks also gave up 2 1sts, a 3rd, and Bradley McDougald for Jamal Adams a couple of years ago and Adams is way less impactful than Russell Wilson.

It’s a steal for the Denver Broncos. They didn’t want Drew Lock anymore. They could have used both of those first rounders on QBs and not gotten one who would ever come close to Russell Wilson. They already have a replacement in mind for Fant. Albert Okwuegbunam probably isn’t much of a step down from Fant right now.

They also already had an extra second rounder thanks to their Von Miller trade. You would think the price for a QB who can make you a Super Bowl contender would be much steeper, but here the Broncos sit as a real contender and they probably won’t miss much of what they just gave up.

The moral of the story here is, if you have the opportunity to land a quarterback like Russell Wilson who hasn’t shown signs of slowing down, and all it costs you is what the Broncos paid here, you take the deal every single time.