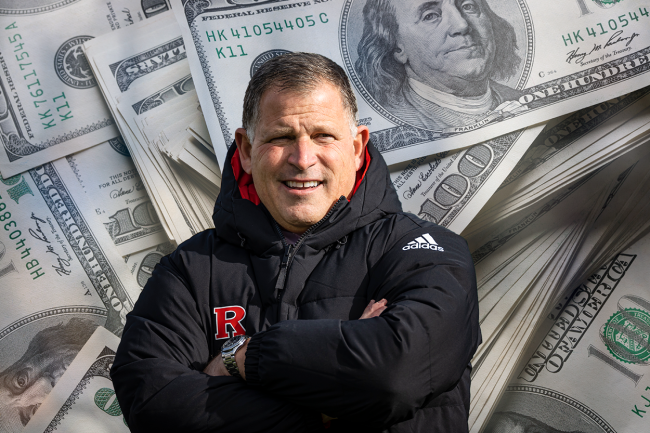 No. 25-ranked Texas A&M football has withdrawn from the Gator Bowl because of a COVID-19 outbreak within the program. As a result, Rutgers is expected to take the Aggies’ place for the December 31st matchup against No. 17 Wake Forest.

However, the Scarlet Knights did not even reach the required number of wins to qualify for a bowl game. Rutgers earned the right of first refusal because it has the highest Academic Progress Rate of the teams that finished the regular season with a 5-7 record.

It also helps that Rutgers University’s fall semester goes much longer than most other universities. Some of the school’s final exams go as late as December 22nd this year, and athletes have reportedly been conducting full workouts on campus as recently as late last week.

The NCAA’s oversight committee will meet on Thursday to formally approve the Scarlet Knights for bowl eligibility. It will be their first bowl game since the Quick Lane Bowl in 2014.

As a result of the last-minute eligibility, head coach Greg Schiano might be about to cash in.

When Schiano was hired in 2019, he became the highest-paid coach in university history. He signed an eight-year, $32 million deal, but it is not fully guaranteed.

Part of Schiano’s contract includes a bowl game bonus. Prior to Texas A&M’s withdrawal, he would not have earned that bonus. Now, as a replacement team, he might.

Schiano receives $75,000 for a non-College Football Playoff “Group A” bowl game appearance and an additional $75,000 if Rutgers wins the game. Those “Group A” games include The Belk, Music City and Quick Lane Bowls (and successor games).

All other non-College Football Playoff bowl games are considered “Group B.” Schiano earns $100,000 for appearing in one of those games and $100,000 for winning one.

Because the Aggies cannot play on New Year’s Eve, the Scarlet Knights will fill in at the Gator Bowl. Thus, Schiano could potentially receive a bonus.

It is unclear as to exactly which group that the Gator Bowl falls under, but it is the best bowl game in school history, even though they got there by default. Rutgers and Schiano will have to work out the details of the bowl’s group level, but the 55-year-old is going to get paid either way.

Schiano could receive at least $75,000 for playing in the Gator Bowl, even though his team did not reach bowl eligibility by winning six games. Cha-ching!