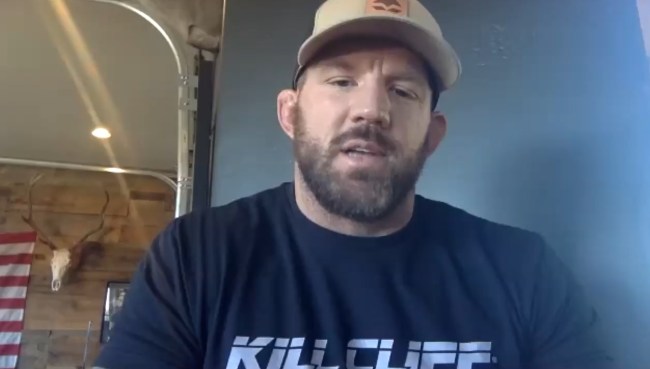 Bellator heavyweight champion Ryan Bader is set to defend his title for the first time in two years on January 29th at Bellator 273 against interim champ Valentin Moldavsky. Before his big fight, we were able to sit down with Bader, courtesy of Kill Cliff fight club, to get his thoughts on his upcoming opponent, the UFC 270 heavyweight title fight, Francis Ngannou’s contract situation, and a potential rematch against Fedor Emelianenko.

On his upcoming opponent Valentin Moldavsky.

“He’s just all around. He’s good at everything. There’s not one area where I’m like, oh, he’s phenomenal at, but he’s good all the way around. And that’s what wins fights. So got a tough test at hand. He has an interim belt and so we’re unifying this Championship and looking to go out there and get my hand raised and unify that”

“That’s a tough fight to call. Ciryl, I think he’s more technical, he’s a better fighter, but Francis has that one-punch knockout power that I haven’t seen in a long time. He’s been laying people out, and so I think if Gane can play on the outside and use his technique and use that distance really well, I think he wins that fight. But Francis has that power where at any time he can put you away and you’ve seen it done before. So it’s one of those fights where that’s why people tune in, right? Like this other guy is probably the better technical fighter, more tools, but this guy knocks people out and heavyweights are always fun to watch because that can happen at any moment.”

On Francis Ngannou’s contract situation with the UFC.

“Yeah, I think Francis is in a good position. There’s not a lot of fighters that fight out their contract and they’re the champion or have the ability to be the champion at the end of the contract. He’s betting on himself for sure. I’m sure he could have done, the UFC likes to re-sign you with one fight left, so you’re never out of contract, and so he probably could have got a pretty good deal before this fight going forward and pay-per-view points and all that kind of stuff, but he’s rolling the dice, bet on himself and thinking that he’s going to win this fight and then be in an even better position to go in there and get a huge contract. So, I like that move. It’s one of those things where if you want to get the money you think you deserve, you got to hold all the cards, all the chips, and he will at the end if he’s out of contract and he is the heavyweight champion.”

On potential rematch with Fedor in Russia.

Yeah, I’m down to do it. It’s a no-win situation for me because I go in there and beat him again. Okay. I already beat him, I’m supposed to beat him, I don’t think I can really beat him in more spectacular fashion than in 35 seconds, knock him out and win in a heavyweight championship, but it’s one of those things, this is a big fight, anytime Fedor fights it’s a big fight, and it would be his last fight ever, so there’d be a lot of eyeballs and stuff like that. So I’m not thrilled about having it in Russia and all that kind of stuff, but maybe we can come to some sort of agreement where it benefits me too, and then definitely I’m definitely interested in that for sure.

On his partnership with Kill Cliff

Yeah, Kill Cliff. They have clean energy, they have CBD drinks, and they started to build this fight team, and it’s one of the better fight teams out there. They have Israel Adesanya, Robbie Lawler, Gilbert Burns, myself, a bunch more other guys, and we got hooked up with them. They’re not only a great company, but they have great individuals in that company, and they give back. They’ve given over a million dollars to the Navy Seals foundation, and that just kind of lines with up with kind of stuff that what we want to do, too. I’m not looking for one-time sponsorships. I’m looking to build relationships and all that with these companies. and they’ve been awesome. We got to do cool stuff with them and with the military and all that kind of stuff. So definitely happy to be part of the team and represent Kill Cliff.