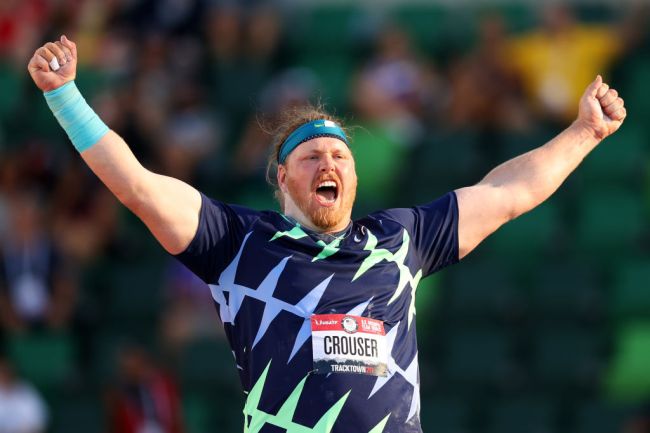 28-year-old Ryan Crouser broke a world record older than he is. The Arkansas-native qualified for the 2020 Tokyo Olympics on Day 1 of the U.S. Olympic Trials and did so in astonishing fashion.

Crouser, who won the gold medal in shot put at the 2016 Olympics in Rio de Janerio, is the heavy favorite to repeat this summer. He showed why on Friday and put the wold on notice with the best throw in history.

The previous record of 23.12 meters (75 ft, 10in) was set by Randy Barnes in 1990, two and a half years before Crouser was born. 31 years later, Crouser stepped up to the ring and obliterated it.

Coming into the event, everybody knew that the record was in trouble. Crouser topped Barnes’ indoor record earlier this year and set the American Olympic trial record earlier in the afternoon on Friday.

Crouser knew it was in trouble the second that the shot put left his hand on his fourth of six allotted throws.

Crouser did not miss a day of training in 2020, even with the COVID-19 global pandemic shutting everything down. He built a homemade shot-putting ring out of two sheets of plywood and screws from Home Depot and kept grinding.

His hard work paid off in the Trials and Crouser will head to Tokyo with a record he set in his sights.