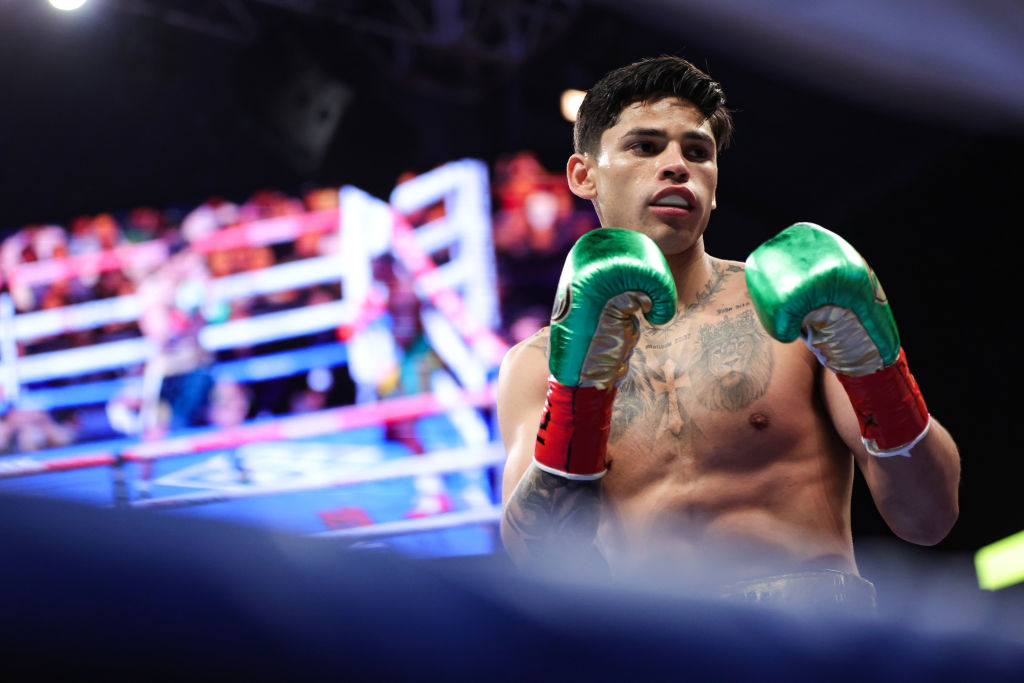 After years of teasing a fight against each other, it appears that Ryan Garcia vs Gervonta ‘Tank’ Davis is actually going down in 2023.

In a press release sent out to the media, it was revealed that Garcia and Davis had agreed in principle to fight at a 136-pound catchweight in Las Vegas in 2023.

The biggest rivalry of the modern boxing era will finally settle its score in early 2023 when Southern California superstar “King” Ryan Garcia (23-0, 19 KOs) takes on Baltimore’s Gervonta “Tank” Davis (27-0, 25 KOs). Las Vegas, Nevada, the historic home of boxing’s greatest grudge matches, will play host to one of the most anticipated fights to date, as the undefeated fighters put their perfect records on the line in a 12-round, 136-pound catchweight bout.

Like all great boxing rivalries, including Muhammad Ali vs. Joe Frazier, Marvin Hagler vs. Thomas Hearns, Arturo Gatti vs. Rocky Graziano, to the most recent enmity between Manny Pacuiao vs. Floyd Mayweather Jr. – King Ryan and Tank have circled each other for years, each calling the other out in a war of words as both built up undefeated resumes and scored knockout after knockout.

DAZN CEO Joe Markowski confirmed that DAZN and Showtime had put their differences aside to make the fight happen.

As we've always said, DAZN will look to broadcast the biggest fights in boxing. We’ve worked tirelessly with our friends at Golden Boy, Showtime and Team Davis on a deal structure that suits all parties for @Gervontaa x @RyanGarcia

Everyone at @DAZNBoxing is thrilled that an agreement in principle has been reached between the parties. That agreement is subject to contract, which are yet to be exchanged.

All credit to Tank and Ryan. Lots of obstacles along the way, but they both stayed the course to give the fans the fight they want. #DavisGarcia #TankRyan pic.twitter.com/nOge6tHJxF

I’m so pumped this fight is finally in place — I want it more than anything right now. I’ve put in the work, I’m at the prime of my career, and I know I’m going to be the biggest boxer in the world. That legacy starts today🥊 pic.twitter.com/6Hv5y3hwMY

Boxing NEEDS this fight right now. It’s time for us to get back to what made this sport so great for the fans: Glamorous fights in places like Las Vegas, grudge match storylines, and most importantly — the best fighting the best.

I love connecting with new, young fans, and know that I can bring a new generation into the most beautiful sport in the world. It’s time to get to work, and show everyone what boxing is all about…

I’ll be back in the ring Jan 7 stay tuned for more details! After that it’s me and Ryan signed sealed delivered…done deal!

‼️ Gervonta Davis has declared that the Ryan Garcia fight is now a DONE DEAL for early 2023 in Las Vegas… pic.twitter.com/7CaAf369s0