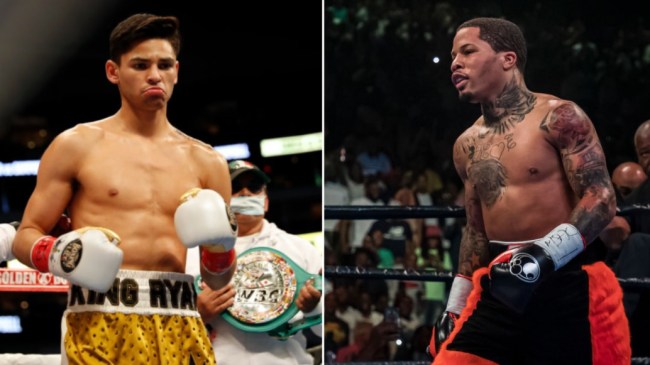 On Sunday night, Davis eeked out a close decision against Isaac Cruz after injuring his left hand in the sixth round.

After the fight, Davis was asked if he would take on George Kambosos, Devin Haney, or Ryan Garcia for his next fight to which he answered, “all those guys are easy work…I’m the top dog.”

“All those guys are easy work. I’m the top dog”

Garcia, who is currently out with an injury, saw Davis’ quote and fired back by challenging Tank to fight him.

Gervonta gets away with fighting c level fighters, out of all the lightweights he’s the weakest!!! His toughest test was Leo Santa Cruz, almost lost tonight bring it on I’ve been calling you out for awhile…

We all know Luke Campbell is better then all of tanks opposition, tank can’t beat me he knows that and mayweather knows that. I’m too fast and i got to much accuracy, cmon may weather you can’t protect him forever

He said it’s easy work well then it should be easy to run it.

You can’t and will not do shit we all seen that today. You almost lost and they set that up so you look good. https://t.co/cg5MWmggpR