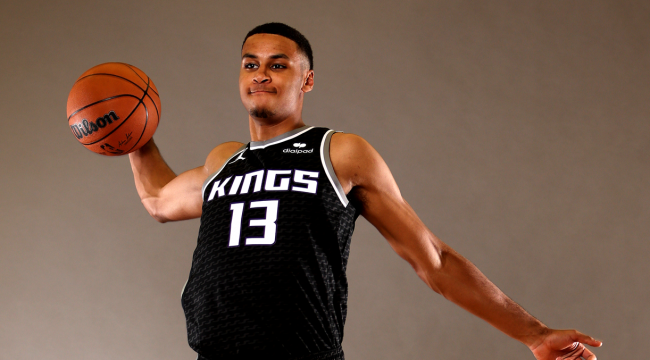 There is nothing we love more than a good fan theory about something, especially if it has to do with the world of sports.

For example, on Thursday it was pointed out that the University of Texas football program was barely over .500 in the 12 years before and the 12 years after the airing of the hit animated TV show King of the Hill.

However, during the 12 years the show was on the air, the Longhorns’ winning percentage was a staggeringly good .826.

So basically, all the Longhorns’ football program needs to do to officially be “back” is get Hank Hill back on the air. Easy peasy.

On Friday, another well thought-out fan theory emerged about the NBA’s Sacramento Kings.

The struggling Kings have not made the playoffs since they lost in the first round to the San Antonio Spurs way back in 2006.

That’s 16 straight years of finishing no better than ninth in the Western Conference.

That all may be about to change now though.

Why? Because Queen Elizabeth II passed and King Charles III is taking over in Great Britain.

At least according to one Redditor with a lot of time on his hands.

Now that a King is back on the throne, the Sacramento Kings can finally start winning again

As he points out, the Sacramento Kings began play in 1945-46 season as the Rochester Royals.

Back then, King George VI was on the throne of Great Britain.

During his reign, the Royals slash Kings had a winning percentage of .698. They also made six Conference Finals in the six years King George ruled, and the NBL/NBA Finals in four of the six years.

Since then, the Sacramento Kings have had a winning percentage of just .444 and made six conference finals … in 70 years. They never again made it to the Conference Finals or the NBA Finals.

“Clearly, now that there is once again a King ruling over Great Britain and Northern Ireland, the Kings have been freed from Queen Elizabeth and will rise to reclaim their spot at the top of the NBA,” Redditor Araidernomore writes in conclusion. “The team will be restored to its former glory as British citizens sing “God Save the Kings” and Kinggan Murray wins MVP, Finals MVP, Rookie of the Year, and the scoring title in the same season.”