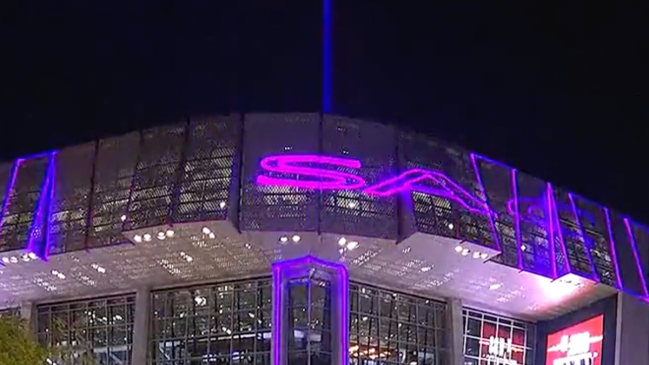 Virtually anyone who’s experienced the ups and downs that come with being in a long-term relationship with a professional sports franchise has had to endure an extended rough patch at some point. If you’ve ever endured a particularly brutal stretch of mediocrity or outright awfulness, there’s a good chance you’ve found yourself feeling sympathetic for other fanbases who’ve been subjected to some similar pain and suffering.

That may not always be the case—wallowing in the misery of a bitter rival never gets old— but I’ve found it’s hard not to root for teams who are finally able to turn things around after getting stuck in a rut for years (or even decades) on end.

That tends to be a bit easier to do when the organizations in question are supported by an affably loyal fanbase that’s largely stuck with them through thick and thin; if the Buffalo Bills ever make it to the Super Bowl, you can be damn sure basically everyone who doesn’t already cheer for their opponent will be rooting for them to secure the Lombardi Trophy for the first time thanks in no small part to the table-smashing ruffians known as “Bills Mafia.”

It’s probably a little too early to bestow the “Officially Back” label upon the Sacramento Kings, but it’s been hard to ignore what the redheaded stepchild of California’s NBA teams has done so far this season. The franchise is far from perfect, but it’s still managed to outperform expectations over the course of a season where it’s posted a 13-9 record and appears to have the potential to snap a lengthy playoff drought stretching back to 2006.

The vibes in Sacramento are also pretty immaculate thanks in no small part to “The Beam,” the purple beacon the Kings have been shooting into the sky above Golden 1 Center after every single win this year. While it had the potential to be a gimmicky embarrassment after it was introduced, it’s been quickly embraced by the team and its fans—including a number of supporters who’ve recently decided to have some fun thanks to a label that was briefly bestowed upon it.

On Tuesday, NBA Twitter institution Rob Perez (a.k.a. “World Wide Wob”) called attention to a fairly amusing development after The Beam was officially designated as a “place of worship” on Google Maps.

"The Beam" has been added to GoogleMaps as a 'Place of Worship', and has 99 5-star reviews already @SacramentoKings

It appears the folks at Google stripped The Beam of that label shortly after the tweet began to make the rounds. However, at least 150 Kings fans flocked to the comments before it was rescinded to leave some, ahem, glowing reviews—including a few hilarious examples Perez was able to preserve for posterity.

you guys have to read these reviews. pic.twitter.com/x2u6eqYJ1Z