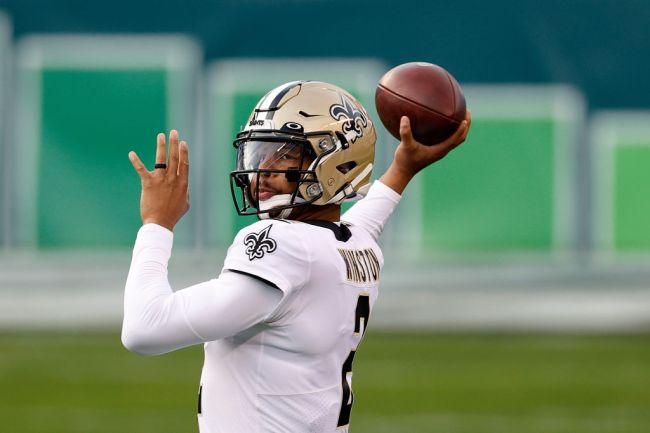 Jameis Winston is primed to be the starting quarterback for the New Orleans Saints but he’s still out here providing unintentional hilarious moments during training camp.

On Wednesday an eagle-eyed New Orleans Saints fan was watching highlights from the team’s training camp that featured several players going through a padded tackle machine. At the end of the video, Winston could be seen hilariously struggling to get out of the machine without falling over.

Saints fans chuckled at the moment but were also worried about their #1 QB struggling during a simple drill.

Lmfao. Omg. Pray for us all. https://t.co/mTtgvBzjmc

He ain’t drop the ball though😭 gotta have positive thoughts💀💀💀 Saints embarrass us every year chile😭 https://t.co/oQnVnfTkX0

LMAOOO this man unintentionally funny because he legit puts so much effort in every drill it just always looks goofy 💀💀 https://t.co/cBIInTT3Tt