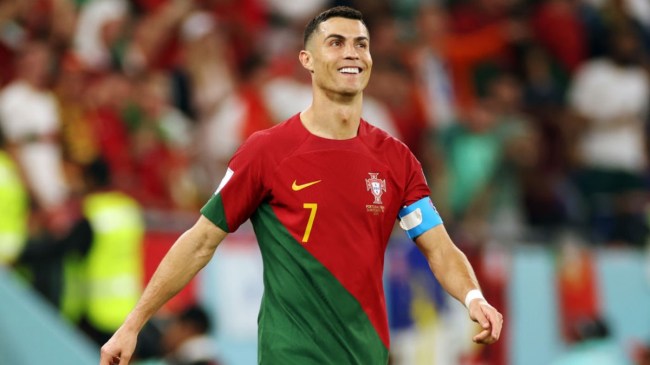 Cristiano Ronaldo and Manchester United surprised the football world earlier this week when they decided to mutually part ways in the middle of a tumultuous season together. With that decision, CR7 has become the biggest name available in free agency by a wide margin.

Fans have been wondering where he might end up, but no team has established themself as a frontrunner for his signature.

While there is still no favorite to land Ronaldo, it has been revealed that one club has put together a massive offer to land the Portuguese superstar.

According to CBS Sports, Saudi club Al-Nassr has offered Cristiano Ronaldo and absolutely massive 3-year contract that would pay him $225 million over the duration of the deal.

Cristiano Ronaldo has been offered a three-year contract with Saudi club Al-Nassr worth $225 million.

It’s a ton of money, but it would be pretty shocking to see Ronaldo accept this deal. The Saudi league simply doesn’t have the international reach to make a move there make sense for him or for his sponsors.

The league also lacks the level of competition that would appeal to Ronaldo as he works to put the finishing touches on his legacy.

Instead, Ronaldo seems much more likely to head to another European team that at least has aspirations for the Champions League for next season if they aren’t still competing in it this season.

Finding a team that fits that description and is equally interested in him could be tough for the aging star as he is no longer the player he once was in his prime and his presence usually requires a team to build their strategy around him.

Wherever he goes, he is sure to secure a sizable contract for himself, but it just doesn’t seem likely that the next chapter of his career will take place in Saudi Arabia.