This Masters-Themed Baseball Walk-Up Has Changed The Game Forever 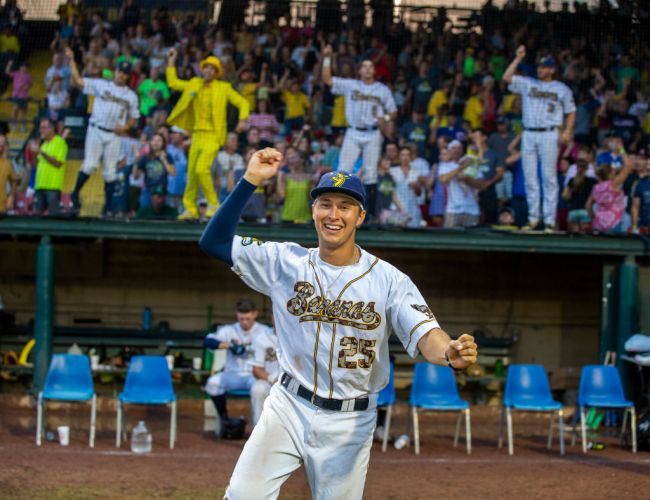 The Savannah Bananas are the most exciting team in baseball. Playing in the Coastal Plain League, the team has sold out every home game since the 2016 season and do things just a little bit differently. Just look at their unique set of rules.

Whether it’s shotgunning beers and smashing bats, playing games in kilts, riding horses on the field, taking at-bats while wearing stilts or doing the ‘chubby bunny’ challenge during a game, the Bananas are always up to something.

After setting the standard for walk-ups last month, the team raised the bar on Thursday. Earlier in the season, the Bananas allowed a player to introduce himself for his at-bat.

He literally took a microphone to the plate and announced his arrival. Video of the incredible introduction went viral across the internet.

the most amount of swag ever: introducing yourself during your walk up #savannahbananas #baseballboys #ClearGenius #fypシ

The standard was set and it’s pretty hard to top a self-intro, but the Bananas never fail to one-up themselves. During the seventh inning of last night’s game, the team welcomed Ty Jackson to the plate as if he was walking to the first tee at The Masters.

He, and his fully-dressed caddy, stepped up to the plate with a golf bag in tow. The announcer introduced Jackson in traditional golf style as The Masters music played behind him.

Jackson’s caddy recommended an iron before they switched the golf club for a baseball bat.

Everything about the walk-up was incredible and it will be incredibly difficult to top. With that being said, if there is anyone who can do it, it’s the Bananas.