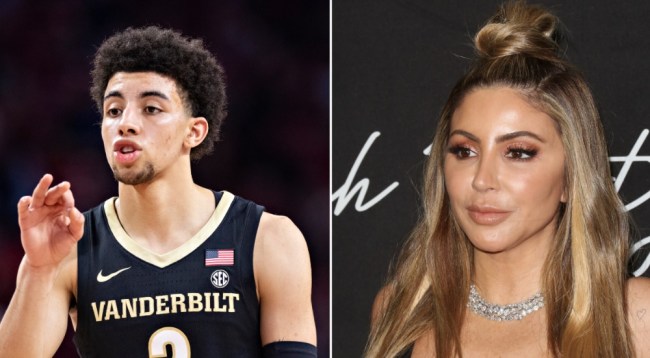 On Tuesday it was revealed that Larsa is dating the 24-year-old married NBA player after they were both seen holding hands at a mall.

Via Wags After Dark

“The Devil Works Hard But #LarsaPippen 😺Works Harder ! To make matters worse back in March #malikbeasley and #Wags #YaoMontana had secretly tied the knot. I highly doubt a divorce was finalized because Malik and Yao are now facing felony charges related to a September incident, in which the NBA player allegedly pointed an automatic rifle at a car containing a family in an idling car near his rental house.”

After the picture of Larsa and Beasley went viral, Larsa’s son, Scottie Pippen Jr., liked several tweets that appeared disapprove of the relationship.

Look at how disappointed in his momma he is … this breaks my heart pic.twitter.com/bVP1HF0nb1 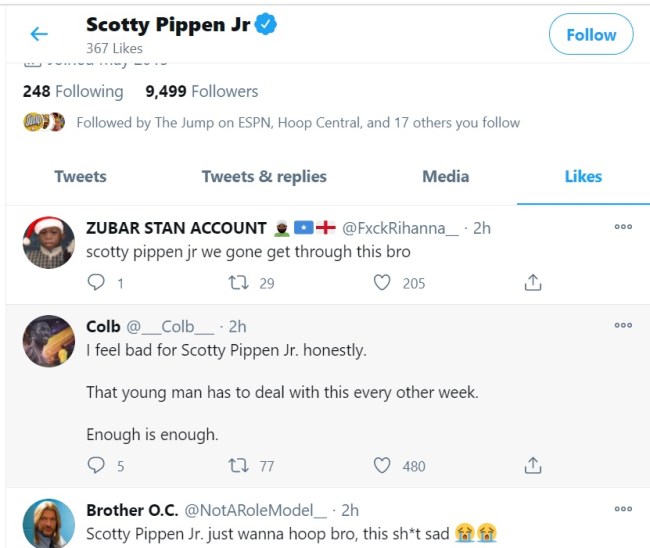 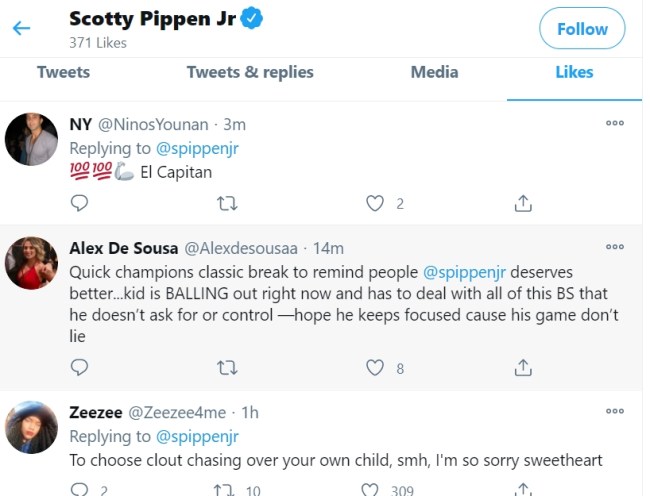 Scotty Jr. is currently playing college ball at Vanderbilt and can probably do without all the celebrity gossip drama revolving around his mom.

Update: Scotty tweeted about the situation.

Focused on myself and my goals. I’m not responsible for nobody’s actions. All good over here.🤞