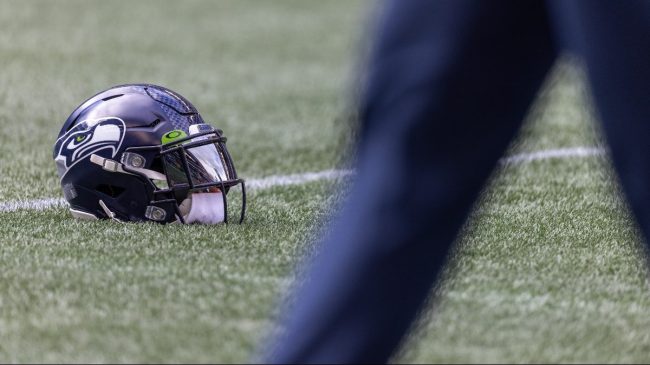 The Seattle Seahawks have been a pleasant surprise this season as the team is currently 5-3. After trading Russell Wilson away, many believed this franchise would be a bottom-feeder entering a rebuild. Instead, they’re contending for the playoffs. Now, they may have just had the best month ever thanks to Kenneth Walker III, Tariq Woolen, and Geno Smith.

According to Michael-Shawn Dugar, the Seahawks had three players take home NFL honors in the month of October. Kenneth Walker III and Tariq Woolen were named NFC Offensive and Defensive Rookies of the Month. Meanwhile, veteran quarterback Geno Smith was named as the NFC Offensive Player of the Month.

Sheesh, what a month for Seattle.

What a ride it’s been for Seattle. This is an awesome moment for the franchise as this confirms the team is much better than anticipated. Walker has looked like a beast of a running back since taking over the starting role. Meanwhile, Woolen has made a name for himself as a cornerback. Also, who could forget Smith, who is resurrecting his career before our very eyes.

The Seahawks are also in first place in the NFC West, which nobody saw coming whatsoever. This franchise is playing so well that Pete Carroll is also beginning to catch some buzz for Coach of the Year.

Keep an eye on Seattle. If they continue this hot streak then they could be a serious problem in the NFC come the postseason.