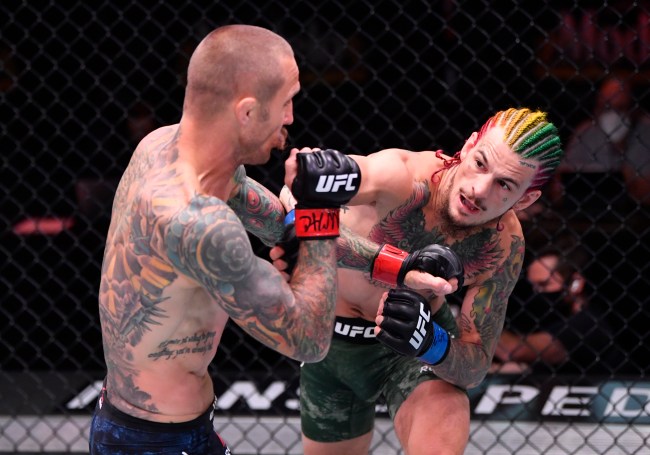 Less than two minutes into the first round O’Malley delivered a feint uppercut into overhand right that instantly put Wineland to sleep.

Don’t sleep on Sean OMalley dude is a beast pic.twitter.com/9fXZCF6nqq

Sean O'malley is the real deal. He IS the real deal. And look at how fucking calm he is as he walks away like he didn't just flatten an elite fighter.

That's what makes this dude dangerous. His calmness while kickboxing is on a different level.

Before the fight, O’Malley called his shot and described how he was going to knockout Wineland to get himself a “viral knockout.

I feel like is gonna be a perfect match-up for something like [a viral knockout],” said O’Malley during UFC 250’s virtual media day

“His hands are low, he’s a brawler, he’s not gonna come out and try to lay on me. The cage is small so he’s probably going to try and get started right away and be aggressive … whether he comes forward – heavy knockout – or if he lets me push him backwards, he’ll get knocked out. It works out perfectly.”

During the postfight interview O’Malley wanted the UFC to show him the money for the knock out.

"I think that was worth 100Gs rather than 50Gs… I f—ing love you, Joe Rogan."@SugaSeanMMA had himself a night at #UFC250 😂 pic.twitter.com/FInA5plQCN