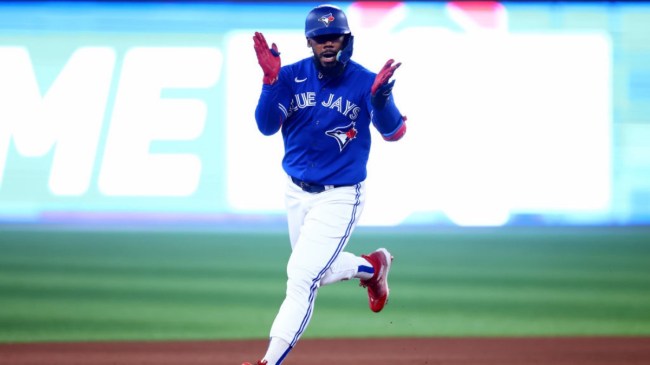 After 2 decades of missing the playoffs, the Seattle Mariners finally ended their streak this past season. They even managed to win a series while they were there, beating the Blue Jays 2-0 in the Wild Card round.

Unfortunately, their playoff run ended in heartbreak. The Mariners led the opening game of their ALDS matchup with the Astros 7-3 heading into the 8th inning. They went on to lose the game 8-7 on a Yordan Alvarez walk-off home run. Then in Game 3, they lost 1-0 in 18 innings.

After the tough ending to the season, the Mariners have turned to a playoff opponent in an effort to make sure they won’t have to wait so long for their next playoff appearance.

According to ESPN’s Jeff Passan, the Mariners have agreed to a blockbuster trade with the Toronto Blue Jays that will send Teoscar Hernandez to Seattle.

BREAKING: All-Star outfielder Teoscar Hernández has been traded to the Seattle Mariners from the Toronto Blue Jays, sources familiar with the deal tell ESPN.

Hernandez is just a year removed from the first All-Star Game appearance of his MLB career. In 2021, Hernandez set career highs with a .298 batting average, 32 home runs, and 116 RBIs. Those 116 RBIs were good for 3rd place on the American League leaderboard.

This season, his numbers dipped a bit, but he still put together a solid season. Hernandez posted a .267 batting average, 25 homers, and 77 runs driven in as the Blue Jays earned their playoff appearance.

Hernandez will provide a boost to a Mariners offense that finished in the bottom half of the league in runs scored and slugging percentage.

Maybe next year the Mariners won’t find themselves going scoreless over the course of the equivalent of 2 full games when playoff time rolls around.