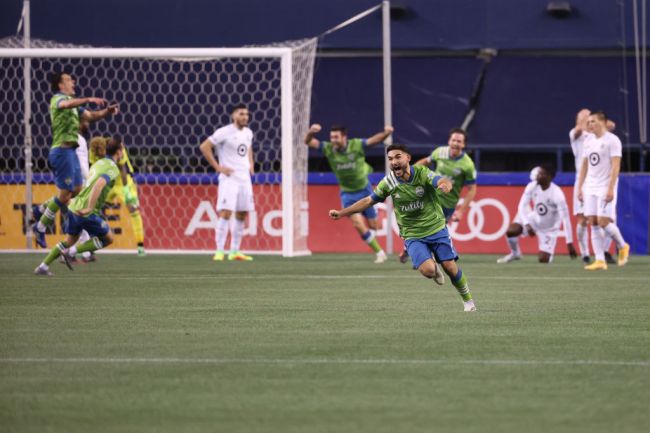 Soccer! Or “footie” as us in the biz call it. To be honest with you, despite the fact that the original football is by far my favorite sport, I certainly haven’t been keeping up with Major League Soccer this year, especially the playoffs. The extent of my MLS fandom only goes as far as the amount of games I’m able to get to. Living in New York, Red Bulls stadium is like a 20 minute Uber ride from here and tickets have always been like $40 bucks, so the occasional MLS trip has always served as a nice little day trip. Until those times return, though, I could really care less. That said, I love a good highlight, especially when it’s soccer and double especially when it involves a last-minute winner.

To put into context just how big of a lead Minnesota United blew here, this is more or less the equivalent of an NFL team squandering a two-touchdown lead in the final five minutes of the game. Certainly not impossible but it takes a monumental level of collapse to pull it off.

Soooo that was WILD, y'all. WILD! 🍿 pic.twitter.com/ZdZtHOCLRU

It should come as no surprise that Seattle, the defending MLS Cup holders, snatched a victory from the jaws of defeat: that’s just what champions do. The Sounders will now face the Columbus Crew in the MLS Cup Final on Saturday at 8:30 p.m. EST.