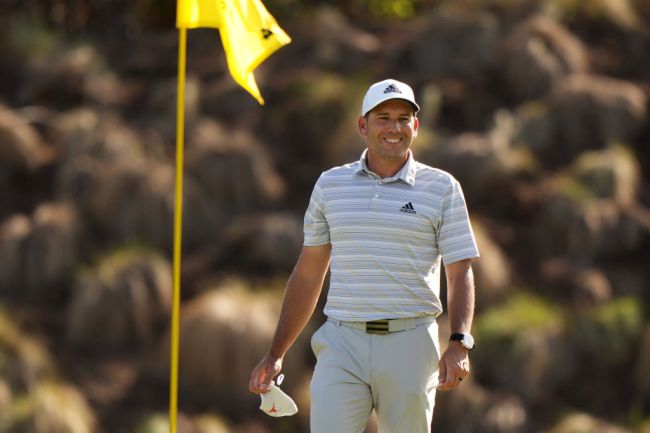 Sergio Garcia couldn’t have written it any better. The 41-year-old golfer walked up to the tee on the fourth playoff hole in the WGC-Dell Match Play Round of 32 and drained his tee shot.

Shortly after losing his day-three match to Matt Wallace, 3 and 2, Garcia found himself in a playoff with fellow international Lee Westwood to decide who from their group would advance to the knockout round. He missed a four-footer to win on the first playoff hole and the two traded pars on the 19th, 20th and 21st. Westwood went first on the fourth playoff hole, a par-3, and set the stage for one of the most epic finishes golf can provide.

Garcia’s tee shot from 160 yards landed just past the flag and spun back into the hole for an ace, and a dramatic ending to the playoff.

HOLE-IN-ONE TO WIN THE MATCH!!!

Garcia couldn’t believe his luck either.

“I don’t know. I really don’t know what to say,” Garcia said. “… You get lucky that, first of all, it doesn’t hit the flag, because it was very close to hitting the flag — and then it rolls back in. [I’m] obviously very happy about that. I’m sorry for Lee … but, unfortunately, one of us had to lose.”

Westwood is Garcia’s longtime Ryder Cup teammate and friend, so their match came with a mutual respect and epic finish. Match play is exhilarating, like the March Madness of golf, and this incredible finish was just a reminder of why it should be more common. Garcia will face Mackenzie Hughes in the Round of 16, with Jordan Spieth, Matt Kuchar, Bubba Watson, Brian Harman, Ian Poulter, Scottie Scheffler, Jon Rahm, Erik van Rooyen, Kevin Streelman, Billy Horschel, Tommy Fleetwood, Dylan Frittelli, Robert MacIntyre, and Victor Perez rounding out the field. The first tee time is set for 7:35 a.m. CST on Saturday.