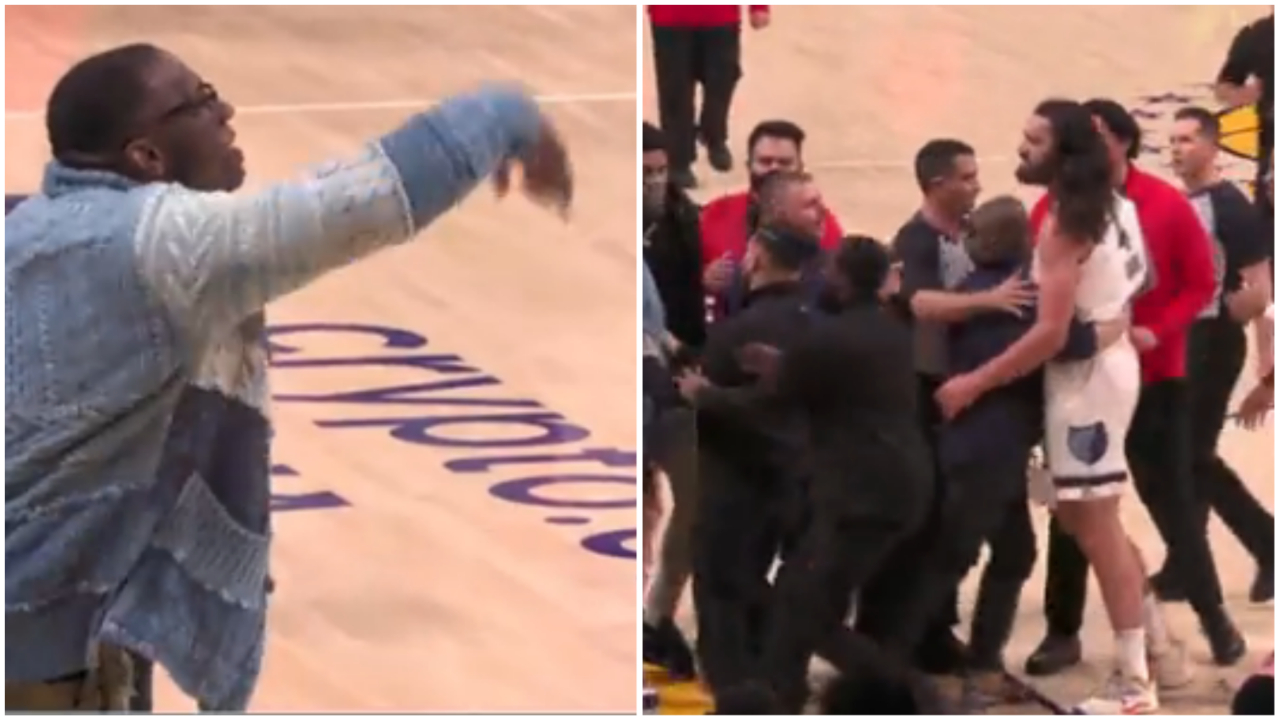 Things got a bit heated between the Memphis Grizzlies and Fox Sports host Shannon Sharpe during the Lakers-Grizzlies game in LA.

At the end of the second half, Sharpe was seen getting into it with several Grizzlies players before the half.

Shannon Sharpe said something that got the whole Grizzlies bench to charge at him moments after intermission. Security had to step in. Sharpe just walked into the locker room tunnel with multiple security guards.

Apparently, Ja Morant and other Grizzlies players were talking trash with Shannon, and things escalated from there.

Ja was yelling “sit yo ass down” to Shannon before the half? pic.twitter.com/cImqPG4QFu https://t.co/qrDyzvinm0

Shannon Sharpe and Ja Morant’s dad just got into it and had to get separated by security 😳😳😳 pic.twitter.com/ME0aSNc7nY

Here’s a video of Shannon yelling at Grizzlies players and being separated by security.

Shannon ready to fight the whole Grizzlies squad by himself 😂😂😂 pic.twitter.com/MdjhElSji2

Sharpe spoke with ESPN about the incident.

Shannon Sharpe spent halftime in the tunnel with security before returning to his seat for the third quarter. He granted ESPN a brief interview explaining what happened with the Grizzlies on his way to his seat: pic.twitter.com/XZNw6sQhEG