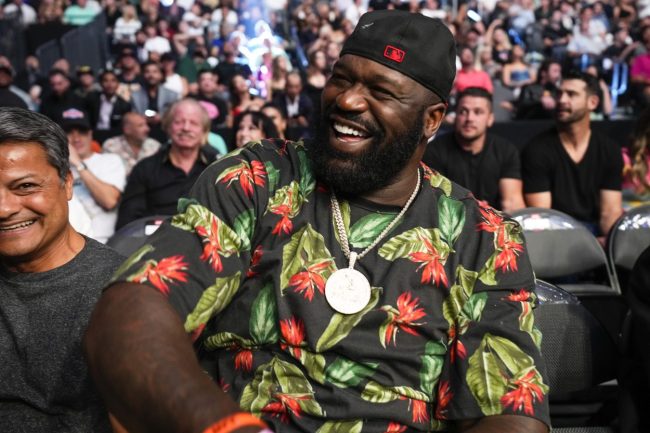 Shaquille O’Neal is taking his show down under. The Big Diesel returned to Australia recently for the first time in over 20 years as part of an event with the Australian Basketball Players Association.

In the lead up to this, O’Neal went on a Australian press tour and made some hilarious, if also a bit surprising revelations.

Shaq Makes Stunning Admission About Life As A Parent

O’Neal sat down with David Koch of 7News and discussed everything from his basketball career, to life as a parent and his career as a DJ. Though it was one story in particular about helping his son fill out a resume that truly stuck out.

“I am grateful, because I realise that the position I am in, in life, is a lucky position. I never had a real job in my life. When I was trying to help my son fill out a resume, I had to call somebody…I couldn’t do it…I was embarrassed.”

Despite this, Shaq does boast an MBA from University of Phoenix and a Ed.D from Barry University. He spoke further about why he pursued those degrees, particularly in business.

“The reason why I did that is because I always like to be in charge, but I let other people speak for me, my agents…they think I’m just this dumb jock who has no inclination of what business is. It would just drive me crazy.”

Shaq’s son, Shareef, played college basketball at both UCLA and LSU. He was one of the top prospects in the country in high school. But a heart condition and continued injuries hindered his development. The two recently engaged in a very public beef about the younger O’Neal’s NBA Draft status.