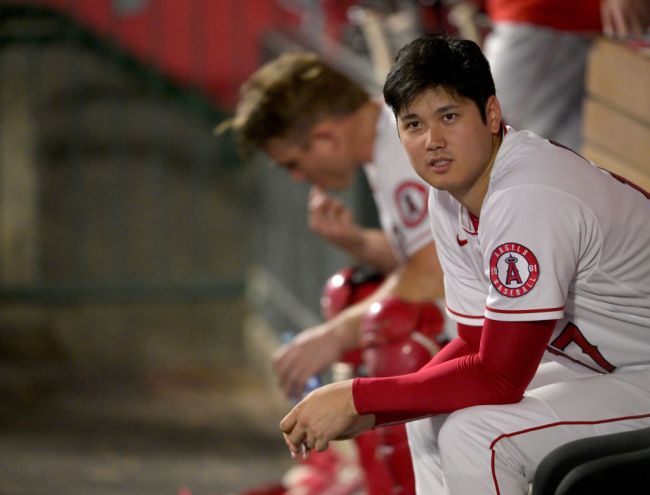 In the midst of a brutal season for the Los Angeles Angels, Shohei Ohtani has shockingly become the subject of trade calls from teams around the league. The Angels haven’t seemed particularly interested in those calls, but there’s always the chance that could change before the trade deadline.

Asked Shohei Ohtani after the game tonight if he wanted to be with the Angels both in the short term and the long term.

Here's what he said: pic.twitter.com/5bSc5BTh16

Regardless of where I’m playing, I’m going to give it my all and try to win that ballgame in front of me. I’m with the Angels right now, and I’m very thankful for what they’ve done. I love my team and my teammates. Right now I’m an Angel, and that’s all I can focus on.

The Angels didn’t give Shohei much reason to want to commit to them last night as they once again failed to give him any help against the Rangers. Shohei pitched a strong 6 innings, striking out 11 and only giving up 2 runs. Unfortunately, the Angels mustered only 5 hits and didn’t score a run.

That lack of help has been a recurring theme for Shohei as his 2.81 ERA for the season has only earned him a record of 9-6 as a starter.

If Shohei were to decide that he actually doesn’t want to be an Angel anymore, he’d surely have a robust market for his services. Shohei has hit 21 home runs and driven in 59 runs this season top of his impressive pitching performances.

The Los Angeles Angels need to find a way to turn things around soon before Shohei gets tired of his incredible talents going to waste and the team actually needs to worry about what his plans are long-term.