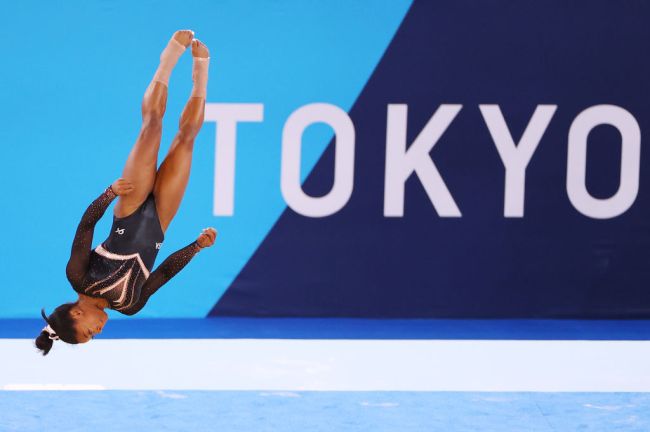 Collegiate men’s gymnast Connor McCool is a two-time NCAA Floor Exercise All-American and even he struggles to pull off the stunts that Simone Biles executes in her routine. She’s that good.

The rising junior from the University of Illinois has won four individual event titles throughout his career and was named second team All-Big Ten in 2020 and 2021. Prior to his time with the Illini, he was a Junior Olympic silver medalist.

All of this goes to say that McCool is one of the most athletic gymnasts in the country and the floor exercise is his specialty. Nothing should be particularly challenging to him.

However, McCool took to TikTok and mimicked some of the stunts from Biles’ unbelievable floor routine. He was able to execute two of three with relative ease, but he could not pull the third.

One of the best male gymnasts on the NCAA level struggle to do the things that Biles does. It really puts things in perspective and shows how great she really is.