Single Fans Face Up To 7 Years In Prison For Having Sex At Qatar World Cup: Soccer Fans React 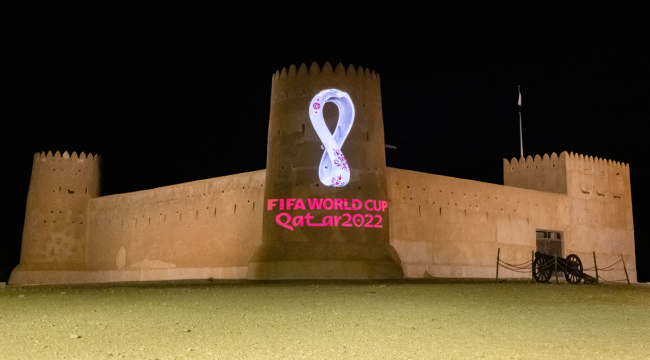 Numerous protests occurred in the years following the announcement that the 2022 World Cup, arguably the biggest sporting event in the world, will be held in Qatar.

In addition to Qatar having a very poor human rights record, soccer fans now have something else to protest: local law enforcement will reportedly be enforcing a strict ban on sex for single fans.

Not only that, Qatar has the support of FIFA who says there will be “no exceptions” made, reports the Daily Star.

Pre-marital sex and homosexuality are illegal in Qatar and carry a prison ­sentence of up to seven years if convicted.

On top of that, drinking in a public place could also result in a prison sentence of up to 6 months.

“There will be no partying at all really. Everyone needs to keep their heads about them, unless they want to risk ­being stuck in prison,” a police source told the Daily Star.

“The drink and party culture after games, which is the norm in most places, is strictly prohibited. With very strict and scary consequences if you are caught. There is a feeling this could be a very bad tournament ­indeed for fans.”

Reason #2,578 why the World Cup should’ve never been awarded to Qatar in the first place!! But that’s FIFA.⚽️🤷🏻‍♂️ Only organization more corrupt is the Olympic Committee. pic.twitter.com/Onv0AkflzZ

Seems like a completely normal place to host the biggest sporting event in the world…..

If you go there, you deserve whatever happens to you.

While the singles sex ban and no public partying policies are a buzzkill, the real protests have come as a result of the deaths of thousands of migrant workers from India, Pakistan, Nepal, Bangladesh and Sri Lanka since the World Cup was awarded to Qatar in 2011.

Thousands of migrants have perished due to the extreme heat and poor working conditions they faced while working on the construction of eight new stadiums for the World Cup.

Amnesty International has claimed that there have been numerous cases of forced labor and exploitation.

FIFA, on the other hand, told The Athletic in March of 2021, “Since the FIFA World Cup was awarded to Qatar, it has to be recognized that there has been significant progress in the matter of labor rights and standards in the country, and these reforms go far wider than anything to do with football or the tournament.”