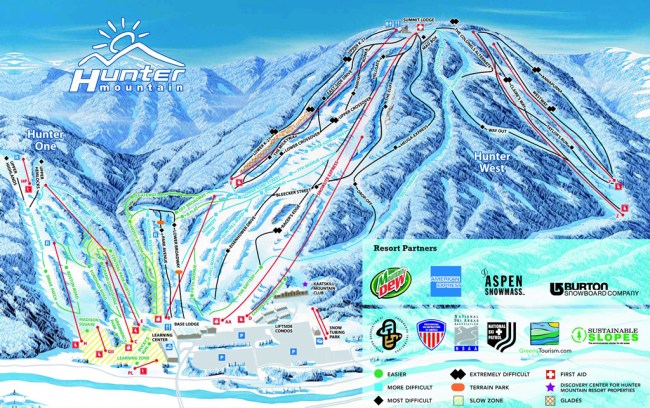 President Trump is considering overhauling a program that provides 300,000 foreign visitors/year (primarily college students) with the opportunity to work temporarily in the United States. As part of his “Buy American and Hire American” campaign, Trump is evaluating several options including; the elimination of J-1 via program, imposing new requirements on program participants and/or requiring employers to prove they are unable to find Americans who want the temporary jobs. Ski resort operators are particularly concerned and have urged Trump administration officials to keep the program intact, as foreign students are estimated to fill 7,000 jobs during the December-March U.S. ski season.

Howie Long-Short: Ever ski/snowboard Hunter Mountain? Mount Snow? Jack Frost? They are all owned by ski resort operator Peak Resorts (SKIS). SKIS recently announced revenues of $7.5 million for Q1 2018, a 6% YOY increase, during their slowest time of the year. The company also expressed optimism for the upcoming season, as sales of its “Peak Pass” are up 9% from this time last year.

Fan Marino: Don’t confuse the J-1 program for cheap labor. Ski resorts are required to pay the same salaries to foreign students that they would to U.S. citizens and in some cases, are required to invest in housing or meal plans for students studying abroad. If the resorts could hire local, they would.

Zebra Technologies in a collaboration with Wilson Sporting Goods, will deploy RFID-tagged footballs for every game on the 2017 NFL schedule. The football tracking technology enables the collection of real-time location, speed and rotation data; providing fans with new visualizations, statistics and fantasy recommendations. The data collected will be used during in game broadcasts and distributed through other league media partners, to enhance the fan experience.

Fan Marino: Speaking of Wilson Sporting Goods, the company recently announced the launch of the Wilson Custom Racket Shop. The Shop is the first web based platform that provides players with the opportunity to design a performance tennis racket to their personal specifications. Grigor Dimitrov (ATP #11) was the first tour player to use the Shop and has been playing with the Pro Staff he designed since.

Facebook (FB) submitted a 5-year $610 million bid for the rights to stream the India Premier League. While Rupert Murdoch’s Star India (FOXA) ultimately won the bidding process, with a $2.55 billion bid (to broadcast and stream), it’s Mark Zuckerberg’s most aggressive offer for live sports to date. Facebook was the only Silicon Valley company to place a bid on the two-month long tournament, that draws 185 million worldwide.

Howie Long-Short: NFL streaming rights have always gone to a traditional phone company. That may change in 2019 though, as companies who wish to distribute media on mobile devices are likely to get involved in the bidding process. That’s great news for NFL team owners, who are currently receiving $1 billion over 4 years from Verizon.

Cadence13 has announced a partnership with Mitch Albom and Mike Lupica, to relaunch “The Sports Reporters”, as a bi-weekly podcast. The podcast will feature Mitch, Mike and a cast of rotating sports writers, including Bob Ryan, Christine Brennan and Lesley Visser. ESPN cancelled the show in May, just shy of 30 years after its debut. The show is credited with being amongst the first to “embrace debate”.

Howie Long-Short: It’s been a busy year for Entercom Communications Corp. In February, the company signed a deal to acquire CBS Radio for an estimated $1 billion. Then in early August, Entercom Communications Corp. (ETM) purchased a 45% stake in DGital. DGital has since been rebranded as Cadence13. While Cadence13 is a privately held company, you can own Cadence13 through ETM.

Fan Marino: The Sports Reports had 2 all-time great moderators (Dick Schaap, John Saunders) and a rotating cast of the best sportswriters (Lupica, Albom, John Feinstein, Bob Ryan, Michael Wilbon etc.) in the business. One infamous former guest though, is disgraced/deceased Philadelphia sportswriter Bill Conlin. Conlin, who did over 300 editions of the show, was accused of molesting 4 children between the ages of 7-12, back in the 1970s.

FOREMAN DOCUMENTARY TO AIR ON EPIX TOMORROW NIGHT; FOREMAN GRILL MANUFACTURER TO EXPAND IN TO CHINA

FOREMAN, a documentary telling the story of world champion boxer, entrepreneur and businessman George Foreman, will premiere on EPIX (OTC: MGMB) tomorrow night (September 13TH), at 8:00 P.M. EST. In 1994, at 45 years old, Foreman reclaimed the heavyweight title he had lost 20 years earlier to Ali and agreed to what would become the second most lucrative endorsement partnership in history (Jordan/Nike), with the launch of his George Foreman grill. The manufacturer of those grills, Spectrum Brands (SPB), has just announced they are expanding in to China, agreeing with Chinese e-commerce company JD.com to open a series of flagship stores that will sell Spectrum Brand products.

Howie Long-Short: Of the $5 billion in Spectrum Brand sales in 2016, only 3% came from Asia-Pacific. With 258 million people (JD.com customer base) about to get their first look at the Foreman Grill, a run on lean meaning fat reducing grilling machines looks to be on the horizon.

Fan Marino: Salton Inc., which has since merged with Spectrum Brands (SPB), paid Foreman $137.5 million in cash and stock to buy him out and to utilize his name on the product in perpetuity, back in 1998. Foreman made more than $200 million in total from the grill.