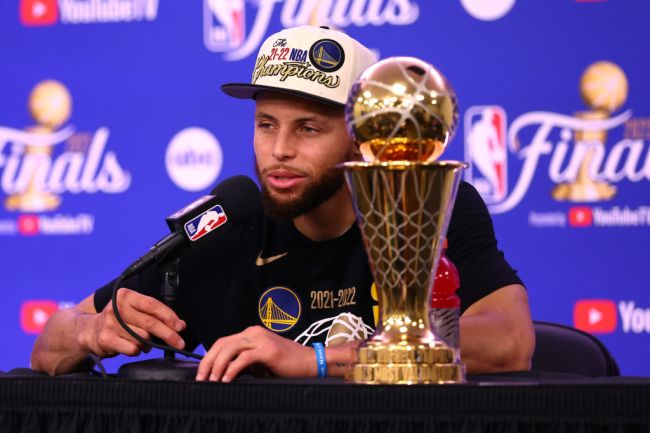 Skip Bayless has never been shy about sharing outlandish opinions about the NBA. Usually these opinions are reserved for conversations about LeBron James, but today he decided to branch out to Kevin Durant and Steph Curry.

On today’s episode of Undisputed, Bayless claimed that Kevin Durant “saved” Steph Curry when he joined the Golden State Warriors. He based this ridiculous opinion on Steph’s performance during the 2014-15 Finals, claiming Steph didn’t play well, and the blown 3-1 lead against the Cavs during the 2015-16 Finals.

"Steph is so beloved people give him passes. It took Kevin coming to Golden State to save Steph." pic.twitter.com/Z9vd23YVSX

I guess that Steph averaging 26 points, 6.3 assists, and 5.2 rebounds per game while knocking down 38.5% of his 3-point attempts while leading the Warriors to a ring was, um, bad? He then led the Warriors to the best regular season record in NBA history and a huge lead in the Finals before a Draymond Green suspension gave the Cavs some life in the series.

Still, he apparently needed Kevin Durant to save him from being the clear leader of the NBA’s best team for another couple of seasons after Durant had just blown a 3-1 to the Warriors in the 2015-16 Western Conference Finals.

The idea that Steph somehow needed KD is just such a ridiculous one, especially after what Steph just accomplished last month. Steph just averaged 31.2 points, 5 assists, and 6 rebounds per game and led the Warriors to a ring while earning himself a Finals MVP trophy of his own.

The fact of the matter is that we’ve seen Steph dominate in the Finals and win without KD while we’ve never seen KD do it without Steph. It makes any talk of KD “saving” Steph absolutely ridiculous.