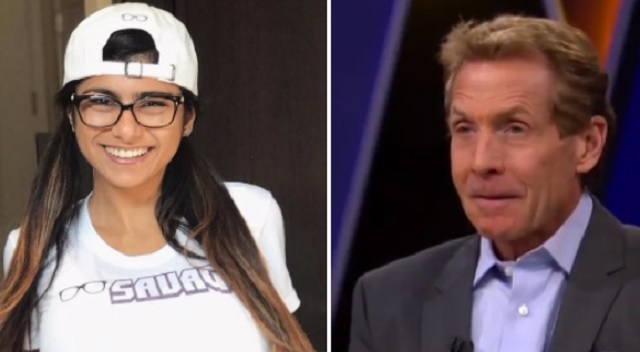 Earlier tonight, Gordon Hayward was stretchered off the court after he landed awkwardly on the court and fractured his ankle.

Immediately after the injury, hot take machine Skip Bayless took to Twitter to take a shot at LeBron.

If Gordon Hayward is gone, maybe for the season, LeBron's path to losing a sixth finals gets even easier.

You’re a clown for that tweet after a man gets hurt with a potential career ending injury! Shit bigger then basketball!

Is it too soon to cancel your upcoming shitty show??

There was a moment where I thought "Hey, a sports show with Mia would be kind of funny." Then nope. I read this tweet.