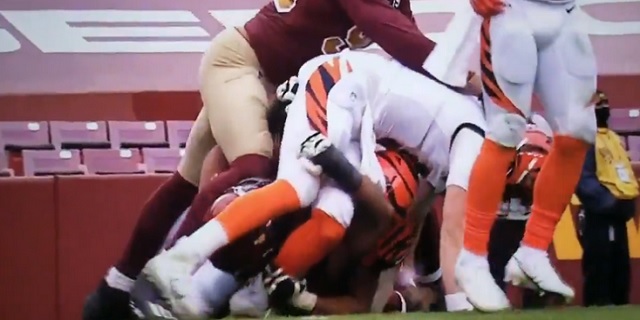 Bengals rookie QB Joe Burrow appears to be out for the season after reportedly suffering a terrible ACL injury on Sunday against Washingtonm.

#Bengals QB Joe Burrow suffered a torn ACL based on the initial diagnosis, source said. There may be additional damage. Burrow signaled it with his tweet, but the MRI confirming the injury would end his stellar rookie season.

We now have a slow-motion video of Burrow’s injury and you can see the exact moment his knee pops out and then back in.

(Warning the video is extremely graphic)

This Joe Burrow injury is brutal. It pops out and then back in. 🥴 pic.twitter.com/AMWVZvgIud

After the game Burrow sent out a message to all his fans confirming that he was going to be out for the season.