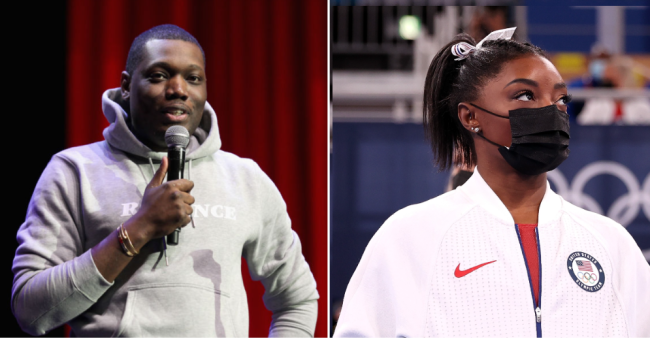 On Thursday night Che took to his Instagram stories to crack jokes about Biles, who recently pulled out of the Tokyo Olympics in the middle of competition due to mental health concerns. 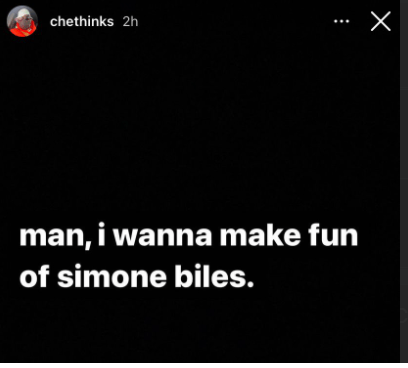 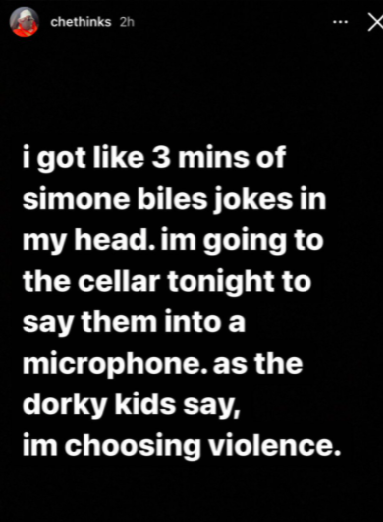 Che went on to share a Biles’ joke that referenced Larry Nassar, the former US Olympic team doctor who sexually assaulted Biles and dozens of other gymnasts. 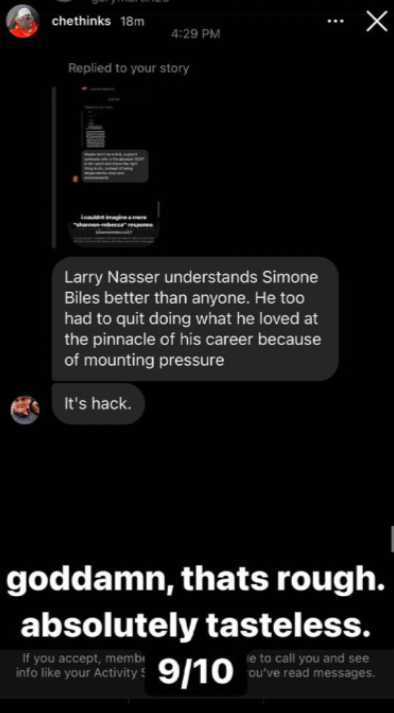 Che went on to claim that he was hacked while using the same font as the deleted Instagram stories.

No one believed Che’s denial and called for SNL to punish him.

Larry Nassar sexually assaulted over 300 gymnasts including Simone Biles. Jokes about this immense violence are never okay. @hbomax @nbcsnl why is Michael Che still on your roster? https://t.co/1F4VnPJWCI

NBC needs to at minimum put Michael Che on a six month suspension.

The Nassar joke in particular is completely out of bounds. https://t.co/GZsXewC4co

Michael Che is a whole incel. THROW HIM AWAY AND LIGHT THE DUMPSTER ON FIRE. https://t.co/ib1EU7ABNN

Michael Che ain't shit and I hope this puts the nail in his career. However it's against a Black woman so I doubt it. https://t.co/NbwfrukmbB