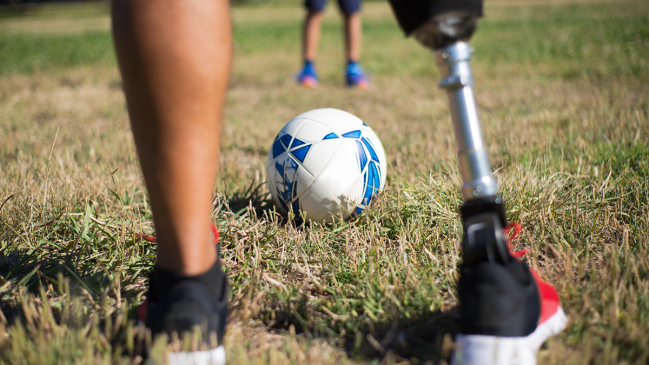 Brazilian soccer legend Pelé is widely credited for popularizing the use of the phrase “the beautiful game” to describe the sport basically everyone outside of the United States knows as “football,” and even if you’re not a diehard fan, it’s still pretty easy to understand why it earned that nickname.

In theory, soccer is an incredibly simple sport. While there are obviously plenty of rules players have to follow, you could tell someone who’s never even heard of it “Teams need to figure out how to get a ball into the goal without using their arms” and give the newcomer the vast majority of the information they’d need to know to grasp the general concept.

Plenty of players have dreamed up some incredibly impressive ways to achieve that end goal, including one of the most beautiful plays the beautiful game has to offer: the bicycle kick goal, which typically involves someone leaving their feet and kicking the ball over their head and into the net.

That particular type of goal is an incredibly difficult feat to pull off—which makes the one that was recently scored by a player in a Polish league made up of amputees even more impressive.

If you don’t keep close tabs on Polish soccer leagues, you’re probably not familiar with PZU Amp Futbol Ekstraklasa, a league reserved for amputees—many of whom rely on crutches to make their way up and down the pitch.

That includes Marcin Oleksy, who represented Warta Poznan in their championship tournament showdown against Stal Rzeszow over the weekend.

Oleksy’s team was able to advance to the next round with a 4-0 victory where he was responsible for one of the wildest tallies you’ll ever see, as he was able to capitalize on a cross from his teammate by launching himself off of the ground and booting the ball into the back of the net with his right leg.

It doesn’t get much more beautiful than that.