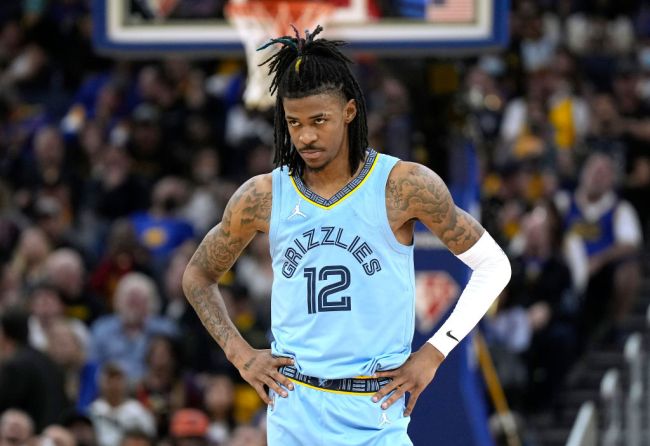 After the Golden State Warriors won their 4th ring in 8 years last night, they had a lot of people they felt they needed to call out for doubting them. Klay Thompson in particular, recalled a tweet from Jaren Jackson Jr that he seemed pretty unhappy about.

“There was this one player on the Grizzlies that tweeted ‘strength in numbers’ after beating us in the regular season and it pissed me off so much,” Thompson said.

“I can’t wait to retweet that thing, freakin’ bum, I had to watch that, freakin’ clown. Sorry, that memory just popped in my head, you’re gonna mock us? You ain’t ever been there before. We’ve been there, we know what it takes, so to be here again, hold that!”

It’s really just a ridiculous thing for any member of the Memphis Grizzlies to be saying right now. The Warriors sent them packing 4-2 in the second round over a month ago. There is not a single member of the Grizzlies that owns real estate in Thompson’s head or the head of any other Warriors.

It was a bit odd for Thompson to recall this particular tweet shortly after winning a ring, but you don’t get to claim to be in the head of a player that was a part of sending you home earlier in the playoffs in a series where you had home court, especially when that player dropped 30 on you the game you were eliminated.

Ja and the Grizzlies better be hoping they have more to offer the Warriors in next season’s playoffs or I’m sure Thompson will be bringing this up after the series.