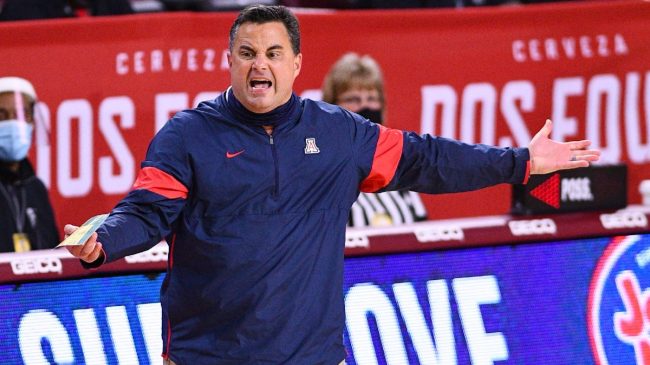 Martin is one of the program’s all-time winningest coaches, going 171-147 over his time on the sidelines. He’s responsible for the two highest win totals in the Gamecocks’ history, posting 25- and 26-win seasons in 2016 and 2017.

He also led South Carolina to their only Final Four appearance. That magical run saw the Gamecocks take down the likes of Duke, Baylor, and Florida before falling in the semifinal round to Gonzaga. His emotional postgame conference shows the passion he displayed for both his players and the sport of basketball.

This is how I’ll remember Frank Martin’s time at South Carolina pic.twitter.com/QO3QwB0VAp

Unfortunately, that Final Four was Martin’s only NCAA Tournament appearance in 10 years.

Martin’s fiery coaching style may have not been best suited for the incoming generation of players, either. Recruiting woes and the inability to maintain postseason success ultimately led to his firing.

With Martin gone, the Gamecocks are now searching for a replacement.

Two notable names are being linked to the South Carolina job. One is a former PAC 12 coach that’s made three Elite Eight appearances.

The other is a former Gamecock player that now coaches in the Big XII.

Mike Boynton has been with the Oklahoma State Cowboys for five seasons. He’s been to one NCAA Tournament appearance while leading the Cowboys to two 20-win campaigns. His team went 15-15 this past year.

Boynton played for the Gamecocks between 2000 and 2004. He’s one of the program’s career leaders in three-point shooting and may be looking to get back to the East Coast.

Sean Miller would be a bit more controversial if hired. Miller was let go by Arizona for his involvement in the 2017 federal investigation surrounding corruption in college basketball. As we recently saw with the firing of Will Wade, those investigation allegations still hold weight.

While he was canned, Miller was wildly successful with the Wildcats. His teams won five PAC 12 titles, went to seven NCAA Tournaments, and made three Elite Eight appearances. He won more than 300 games over his 12 seasons in Tucson.

Would South Carolina take a chance on a coach like Miller?

We will see. For now, the coaching carousel in the SEC continues.