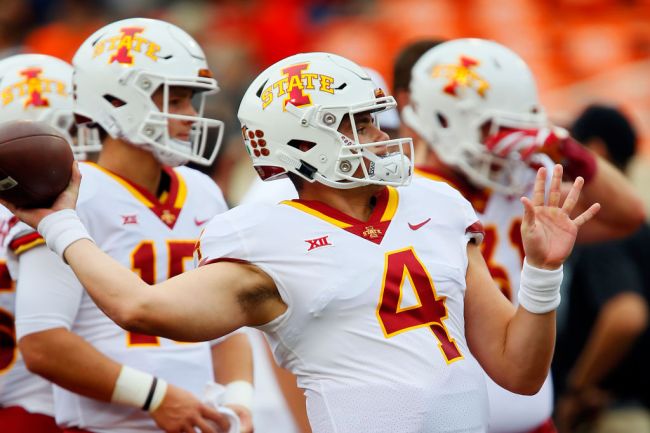 As of 18 days ago, Zeb Noland was a graduate assistant coach on staff for the University of South Carolina Gamecocks football program. Now he is the team’s starting quarterback.

The wild saga began to unfold over the summer when likely starter Luke Doty injured his left foot earlier in the preseason. South Carolina was not deep at the position prior to the injury and Doty’s absence raised serious concern.

As a result, Noland traded in his headset for shoulder pads. He has one year of eligibility remaining after the COVID-19 season and he is set to cash it in on Saturday.

Who is Zeb Noland?

Noland, who turned 24 earlier this month, stands 6-foot-2, 232 pounds and arrived in Columbia, S.C. in June. Prior to his time with the Gamecocks, he spent time with Iowa State and North Dakota State, backing up Brock Purdy and Trey Lance.

Over 24 total games, Noland compiled 2,115 yards and 12 touchdowns on a 52.7% clip. When the Bison lost to Sam Houston State in the FCS quarterfinals in May, he thought he had finished his playing career.

On August 13, however, head coach Shane Beamer had different plans. He called on Noland to join the quarterback competition.

“Security blanket is not the right word, but it’s a very calming presence when he is out there on the field, not just with the coaching staff but with all the guys,” Beamer said.

Noland has been sharing reps in practice with redshirt senior Jason Brown, who transferred into the program from St. Francis, and FCS school in Pennsylvania. Brown will serve as Noland’s backup.

South Carolina opens its season with Eastern Illinois and Doty could return to action as soon as Week 2 against East Carolina. Until then, it’s time for the grad assistant coach to shine under center.

What a crazy journey.