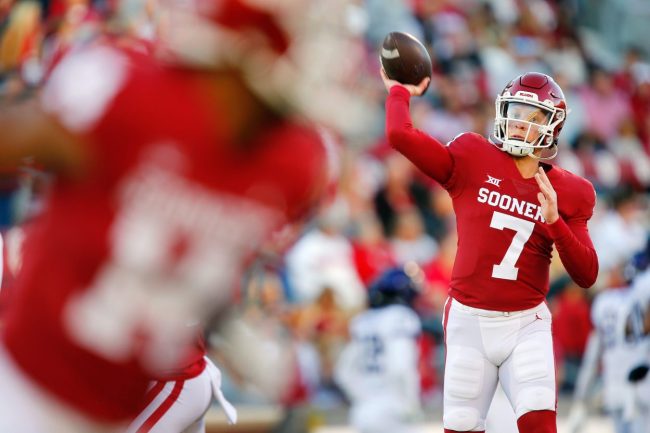 After a chaotic six months, it appears as though Spencer Rattler is settling in and getting ready for 2022. A new video of the 21-year-old, former five-star quarterback recruit shows him dropping serious dimes in an offseason workout.

Rattler, who committed to Oklahoma out of high school, had a great redshirt freshman year with the Sooners in 2020. However, six games into 2021, head coach Lincoln Riley went to the bench and called on true freshman Caleb Williams to lead his offense.

From that point forward, it looked like Rattler was going to transfer. Since then, neither he, Riley nor Williams remain in Norman.

After some initial turmoil and attitude concerns, Rattler showed great maturity in the backup role and entered the transfer portal at the end of the regular season. Following his announcement, multiple schools reached out, but it was one former coach and a unique recruiting pitch that got him to land with South Carolina.

Now with the Gamecocks, Rattler will be working in what he believes is the best system to get him pro-ready for the NFL Draft in April of 2023.

In the meantime, Rattler is continuing to work on his craft.

Earlier this week, he and some other Arizona-based athletes went through a workout in Tempe. The program was led by his long-time quarterbacks coach Mike Giovando, who previously explained what his client wants from his future, and Robin Haas. Haas is an international quarterbacks and receivers coach who runs a quarterback school.

Video from the workout showed Rattler slinging the pill. Obviously, a non-padded practice without a defense isn’t the best indicator of talent, but it is the most recent example of what Rattler can do with the ball in his hand.

A full highlight tape from the workout shows Rattler running through his progressions, throwing on the run, and airing it out.

Again, take from it what you will, but Rattler has talent.