Sports Gambling Is More Fun When You Bet The Under 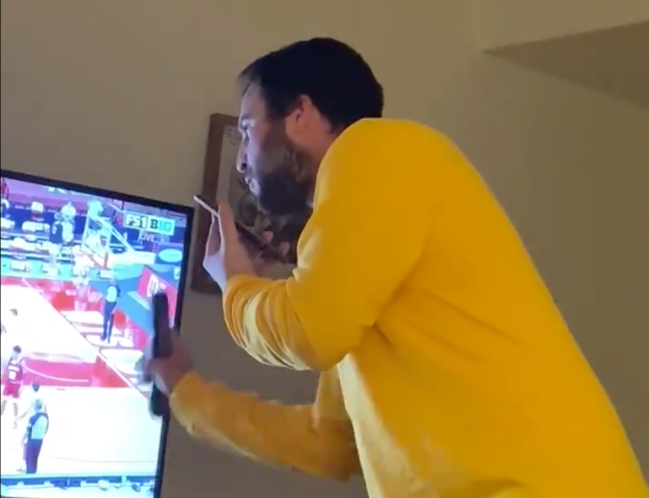 It’s a great time of year for sports fans. The NFL Playoffs are in full swing, college football’s bowl season just concluded with the National Championship, basketball is on every night and the NHL returns to play later this week. After a long-awaited hiatus during the spring and summer, the calendar has returned to full strength and that means a euphoria for sports bettors. There are endless games to wager on each and every day of the week, which led me to my new favorite bet— the Under. I know this is not a very popular opinion. Most people would prefer to root for points and see teams trade buckets or touchdowns back and forth. But there’s something soothing about betting the under and it’s a numerical advantage. Hear me out.

I’ve been known to throw a sizable wager around in my day and BetMGM made that even easier when I signed up using their insane 100% first deposit match. For every dollar you deposit, BetMGM doubles it up to $500 in free bets, which allowed me to hammer my Unders with house money. Just use promo code BROBIBLE at sign up and opt-in!

Once the bets are locked and the game begins, the clock is always in your favor. It’s a blast. I will show you the perfect example. The Over/Under between Indiana and Wisconsin basketball was set at 129 on BetMGM and I knew that there was no better opportunity for big stops and strong defense than a classic Big Ten matchup. I was right. It was 29-24 at halftime and I was feeling great about where I stood. With 20 minutes left on the clock, I had to bring my bet home. Each team could score 38 points in the second half for the Under to hit and we were right on track.

You ever bet an under before? I have… pic.twitter.com/B8WDSU2T2U

Look at how much fun I’m having. There are 11 minutes left in the game and I’ve never been more invested in two teams taking the air out of the ball and working the clock. I always feel like I am behind when I bet the ‘over,’ and nobody likes that feeling because time always wins. With the Under, I can feel the adrenaline pumping through my veins with every second that ticks down. It’s electric.

The Badgers took a 57-56 lead with two minutes and 45 seconds remaining which was right on pace. But that’s when things got interesting. Both teams traded baskets and the Hoosiers went ahead with 38 seconds left. 120 points on the board. For the Under to fail seemed impossible.

Nine points in less than a minute isn’t unheard of, but neither team was able to find confident looks and both sides were playing strong defense. And the clock is always on your side. The Under was mine and all I needed was one stop.

Wisconsin took a timeout and got the ball at half court. The inbounds play was perfection, and much to my dismay, D’Mitrik Trice hit a jumper with 22 seconds left to tie it at 61-61. Indiana missed its buzzer-beater attempt and the game went to overtime at 122 total points. Had Trice missed, the Under hit. Had the Hoosiers made a shot, the Under hit. If the Badgers fouled, a free throw would have hit the Under. Such a bad beat.

It was a winning bet in regulation but overtime (and double OT) took the final total to 153 for the loss. Either way, I stand by betting the Under. It was a wild journey until the end and I was on the right side of the evening until the final moments. And I’ll be damned if I didn’t love every second.

Beyond just having a good time, betting the Under grants a 3-4% mathematical advantage in your favor just by virtue of being a contrarian. It’s fun to be different and it pays out too. I know this might be a hot take within the sports betting sphere, but give it a try. There’s a beauty to the forbidden under bet.

If you’re looking to get on the trend, there’s no better time than the present. All new BetMGM customers can receive a 100% match on your first deposit up to $500. The more money you put in, the more money you get back to wager on the Under. Sounds like a pretty awesome deal.