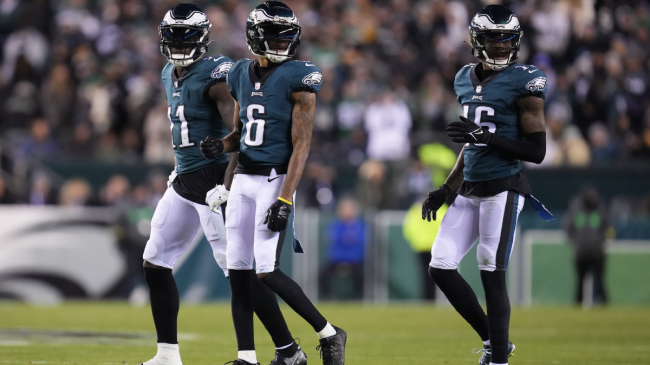 The Eagles and Commanders took the field Monday night for some primetime action, and as is the case for every NFL weekend, sports bettors came out in droves.

Philly put its 8-0 record on the line against division rival Washington, entering the matchup as 11-point favorites. What happened next stunned many.

After jumping out to an early lead, the Eagles crumbled. Four Philadelphia turnovers led to a 32-21 defeat, the first of the year. While Eagles fans licked their wounds, the Commanders faithful celebrated the win, and the possibility of a QB controversy in Washington. According to a few players, the job could be Taylor Heinicke’s to lose.

The game was already decided when the Eagles got the ball back on their own 10-yard line with five seconds remaining. But in sports betting, nothing is guaranteed until the final whistle blows. Monday night’s final play gave gamblers an awful beat on one particular player prop.

In a last gasp effort to bring home a win, Philadelphia players began to lateral the ball down the field. That led to a Devonta Smith fumble and ensuing scoop n’ score for the Commanders. It also caused Smith, the last Eagles player to touch the football, to lose 14 receiving yards.

The awful beat cost more than a few bettors a win, along with a number of fantasy football players. But there was one sportsbook looking to make things right.

FanDuel is refunding players that placed wagers on the receiving total. They posted the following message online after the costly Devonta Smith “fumble.”

Devonta Smith lost 14 receiving yards on the final play of MNF. So, we’ll be refunding straight bets, and parlays, SGPs, and SGP+ where one of the following props was the only losing leg:

While it’s not a win, at least it’s not a heartbreaking loss. Bettors can find solace in that.