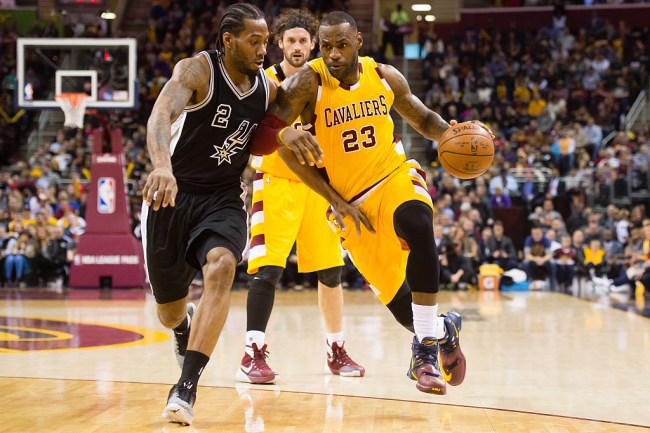 Last month, Spurs superstar forward Kawhi Leonard informed the team that he wanted to leave San Antonio and preferred to be traded to either the Lakers or the Clippers.

Leonard wants a trade to Los Angeles, preferably the Lakers over the Clippers, league sources said. He has privately maintained that he no longer wants to play in San Antonio and will eventually alert rival teams considering trades for him that his intention is to sign in Los Angeles when he can become a free agent in 2019, league sources said.

The Spurs and the Lakers have since held talks about a potential trade but have yet to come to an agreement. According to NBA salary cap expert Larry Coon, the Spurs are asking for a lot in exchange for Leonard.

From what I hear they’re asking a lot. My sources are saying Brandon Ingram, Josh Hart, Kyle Kuzma, two firsts and two pick swaps… They’re just saying give us everything.”

The Spurs must have lost their minds if they think the Lakers are going to trade all those assets for a player who is going to be a free agent in a year’s time.