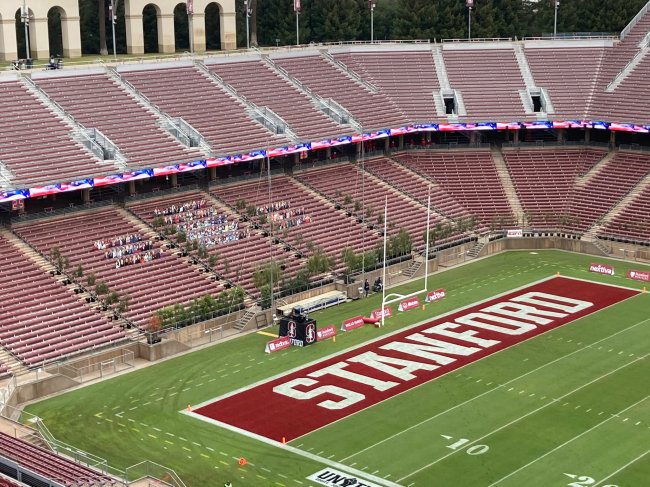 Due to COVID-19 concerns, the Pacific 12 Conference is not allowing fans in the stands at any of its sporting events this fall. With the lack of home-field advantage, the Stanford football program has decided to take a different approach. The Cardinal, who face the Colorado Buffaloes this afternoon, will have cutouts in the seats like many other professional and collegiate teams have since sports returned in June. Some of the familiar faces include famous alumni like Chelsea Clinton, Katie Ledecky, Tara VanDerveer, Bill Walsh and Tiger Woods.

Stanford is taking it one step further, however, and will have 470 trees in attendance to create a “home-forest” advantage instead. 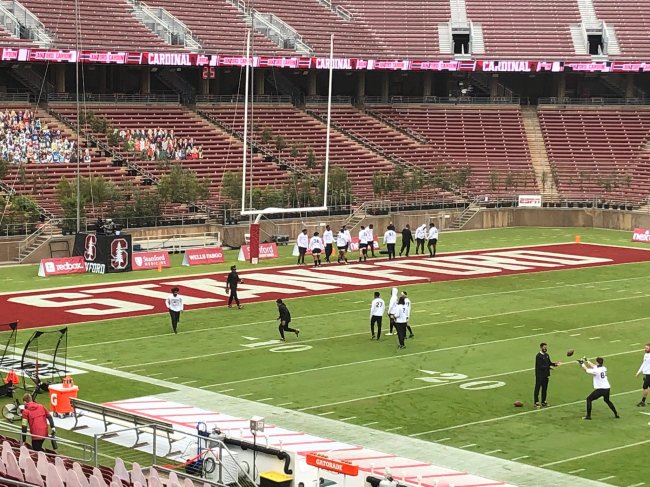 The school’s official team name is “Cardinal,” but it has adopted a Tree as the on-field mascot since 1975. Originally named “the Indians,” the school deemed it racially insensitive in the 1972 and opened its new mascot to a vote. Throughout the years it took to come to a consensus, the Stanford band, which is known for its crazy shenanigans, wacky outfits and unique on-field performances, facetiously suggested several other new mascot candidates during its halftime shows. Mascots included the Steaming Manhole, the French Fry, and the Tree. After it received so much positive attention, the Tree was adopted and embraced by the community and university.

The almost 500 trees were donated by Lowes, who teamed up with the “Ivy League of the West” to donate drought-resistant, locally sourced trees to cheer the team on all year long.

For a school that doesn’t see many fans in the stands to begin with, the empty stadium won’t feel all too different, but the trees are an odd, fun touch.