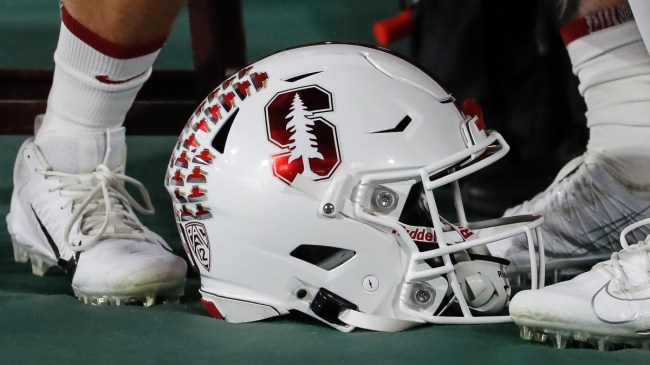 After David Shaw stepped down as the Stanford Cardinal head coach, the program has been in search of its new leader. Well, it sure sounds like they’re narrowing down their candidate list.

Some surprising names always tend to arise in these situations. With that said, it appears that former Dallas Cowboys head coach Jason Garrett is a finalist for the Stanford job.

According to Pete Thamel, there are officially two candidates in the running for the role. It’s between Sacramento State coach Troy Taylor and Jason Garrett. The former Cowboys coach is set to meet with Stanford later in the week.

As of now, it’s unclear who will win the Stanford head coaching job. Although Jason Garrett has the prestige of having NFL coaching experience, it’s yet to be determined that he’s capable of coaching at the college level. As Rodger Sherman points out, maybe Troy Taylor is a better fit overall.

it’s especially funny because the choices are
—coach who has built a dominant FCS program from nothing almost overnight with extensive Pac-12 experience and ties to California high schools
—guy who has never coached college football
A real coin flip!https://t.co/dn6Z3XeniG

We’ll see how it plays out. With Colorado signing Deion Sanders, it wouldn’t be surprising to see Stanford make a splash signing of their own. The question is though, is Jason Garrett the right guy for the job?