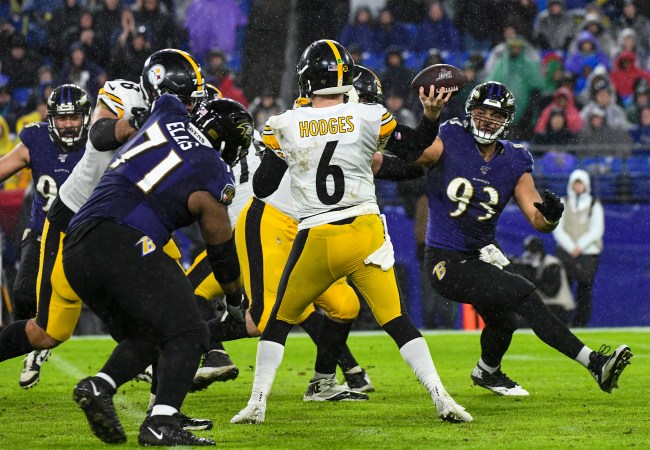 The Ravens-Steelers Thanksgiving day game has officially been moved and some Steelers players don’t seem happy about it.

Earlier in the week it was revealed that the Ravens were dealing with a Covid-19 outbreak after 10 people within the organization had tested positive for Coronavirus.

The Baltimore Ravens learned of multiple positive COVID-19 tests on Monday, and the situation has now potentially turned into a minor outbreak. On Tuesday, Jeff Zrebiec of the The Athletic reported that the Ravens learned of more positive COVID-19 tests just two days before they are set to play the undefeated Pittsburgh Steelers on Thanksgiving. According to Zrebiec, the Ravens registered as many as four new positive tests on Tuesday after learning of four others on Sunday night. Zrebiec says that there have been at least 10 positive tests registered between players, coaches and support staff members.

i’m not gone lie @NFL THIS IS BULLSHIT…

Update: Chase Claypool has joined his teammates in disapproval of the league’s decision.

First the NFL takes away our bye week because another team can’t get their Covid situation together, now they take away our Thanksgiving primetime game for the same reason. Smh.