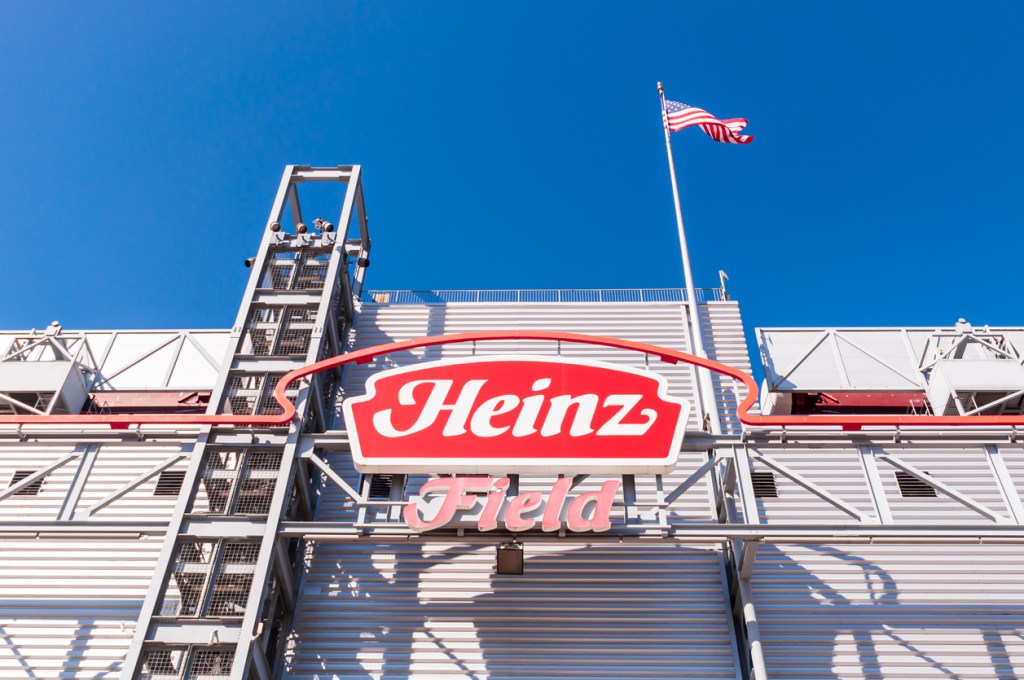 The Steelers were 6-6-1 heading into Week 15’s Heinz Field matchup and if they lost they’d be facing the potential of a losing season. And on Sunday, the Steelers were losing to the Titans at halftime 13-3.

When the stadium then ran out of ketchup, fans were quick to make jokes about how Heinz Field running out of ketchup was some grand metaphor for the mediocre season the Steelers are having after a 12-4 season in 2020.

Fans Had Jokes About Heinz Field Running Out Of Ketchup

Let me epitomize the #Steelers season for you in one sentence. It’s halftime, they are literally out of ketchup at Heinz Field.

Kind of a weird thing to announce, isn’t it?

They just announced that Heinz Field in Pittsburgh is completely out of ketchup. HEINZ FIELD! I just…wow.
As a native Pittsburgher, I'm pretty sure this is some kind of local emergency. 😂 pic.twitter.com/RGfG0MLXZG

Beware of pride. Heinz Field ran out of ketchup by halftime.

So you’re saying the Steelers are down by 10 and they can’t ….. Ketchup?

So you’re saying the Steelers are down by 10 and they can’t ….. Ketchup?

Here we are playing Ketchup at Heinz-Field I’m sick 😷

I will be the one starting off-topic conversations in class tomorrow and it will 100% be talking about how the Lions won and the Steelers ran out of ketchup. https://t.co/DoycghY435

That's almost as funny as the time the Pirates ran out of buns on dollar hot dog night. https://t.co/X00tyMUZNE

That’s a win. Now they will find out spicy mustard is a FAR superior condiment. 🌭 https://t.co/wabUdUPQaZ

There’s also the chance that this was just a very bad, lame joke and everyone took it literally. People on Twitter went wild with it. If it was all just a joke, it didn’t age well because the Steelers pulled out the W against the Titans after catching up.