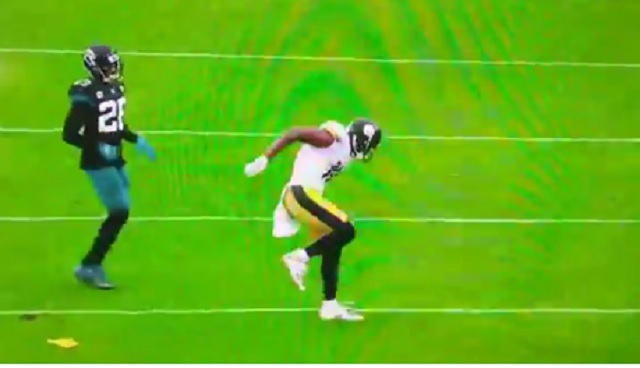 JuJu Smith-Schuster may have suffered one the most bizarre injuries of the season.

While running back to the bench, JuJu began limping towards the bench after stepping on a ref’s flag.

Did JuJu reinjure his ankle stepping on the flag or was I just seeing things?

Apparently, JuJu injured his ankle and was kept out of the game for a bit.

per the broadcast: JuJu Smith-Schuster tweaked his right foot/ankle. He's currently sitting on the sideline #HereWeGo

Evan Washburn on the sideline reports that JuJu Smith-Schuster did in fact tweak his right foot/ankle on the penalty flag. He's added some tape to it, but he's on the sideline for this drive.

The Steelers play in four days. Better to let him get as much rest as possible.