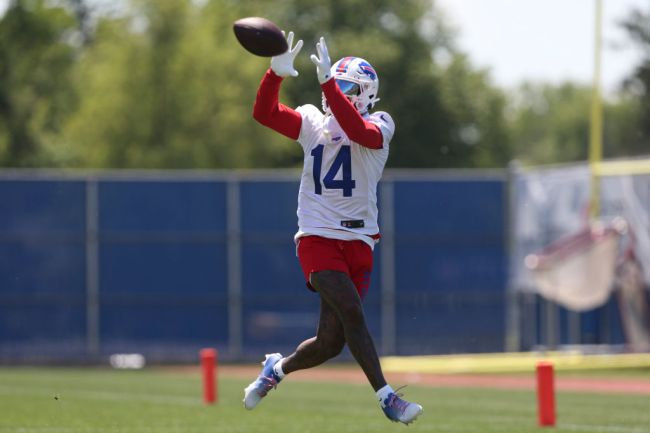 Stefon Diggs and Trevon Diggs are both among the best in the league at their respective positions. However, it seems that Stefon doesn’t think particularly highly of his competition at his position.

Sports Illustrated recently spoke to Stefon and Trevon Diggs about their relationship and their careers. In the story, Stefan revealed that he had given Trevon a less than flattering scouting report on the league’s receivers.

According to Stefon, there are only 7-8 “spicy” receivers in the league and most of the league’s receivers are easy to guard.

The Strength of the Diggs Brothers’ Bond

Stefon and Trevon Diggs pushed each other through heartache and disappointment. Now, they’re the best of the NFL’s best. Just ask, they’ll tell you https://t.co/7SW5OQvcIb pic.twitter.com/ZXtp6jbSwT

“I told Tre this a while ago: ‘Bro, 70% of [NFL] receivers are gonna be easy to check. There’s only like seven to eight spicy receivers who can catch, can create separation, can run fast, can stop. . . .’ ”

I don’t know about everybody else, but I’d love to hear what this list of “spicy” receivers sounds like.

It feels safe to assume that Stefon Diggs would include himself on the list. Davante Adams, Tyreek Hill, and DeAndre Hopkins all also seem like safe inclusions.

From there, the rest of the list likely depends on when exactly the conversation occurred. Right now, there are a bunch of young receivers who could make this list along with Cooper Kupp.

If this was a conversation when Trevon Diggs joined the NFL a couple of years ago, the list could have included Julio Jones, Keenan Allen, and Mike Thomas.

Whoever it is that appears on the list, there are surely plenty of receivers around the league who would be interested to hear that Stefon Diggs believes they are of the “mild” variety of receiver.