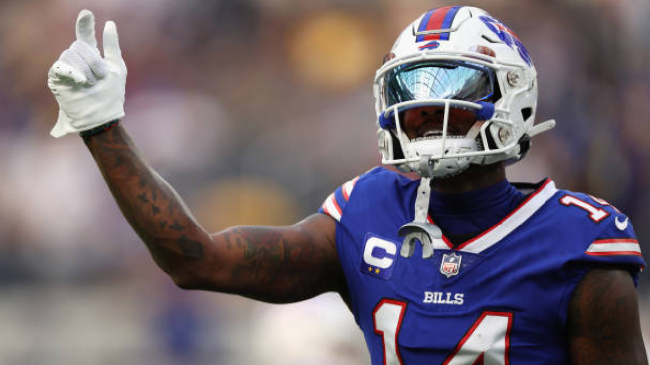 For a little while there, it seemed like there was nothing but good news coming out of last Thursday’s game for the Buffalo Bills.

The Bills went to LA and absolutely dominated the Rams en route to a huge win. Gabriel Davis proved that he can be a reliable number 2 option behind Stefon Diggs and showed exactly why so many people expect a breakout season from him. The defense looked great despite the absence of All-Pro corner Tre’Devious White.

Unfortunately, it seems a lone negative has emerged from the great win. Today it was revealed that the NFL has fined Stefon Diggs $10,609 for taunting Jalen Ramsey during the Bills’ win.

No flag was thrown. pic.twitter.com/xtGNQdMxgW

The infraction came after Diggs scored a 53-yard touchdown in the fourth quarter to give the Bills a 21-point lead and really seal the win for them. That touchdown was a part of an absolutely awful performance from Ramsey, who allowed a perfect passer rating for Josh Allen when Allen threw his way.

This fine feels completely unnecessary. The refs didn’t even deem it worthy of a flag during the game. It’s also not like Ramsey is a stranger to trash talk. He has been known to trash talk plenty in games when he is the one finding success in a matchup.

Diggs should have been able to just enjoy his moment and enjoy the Rams win, but instead, the NFL decided they needed to step in and make sure that players don’t have too much fun when they make great plays in big games.