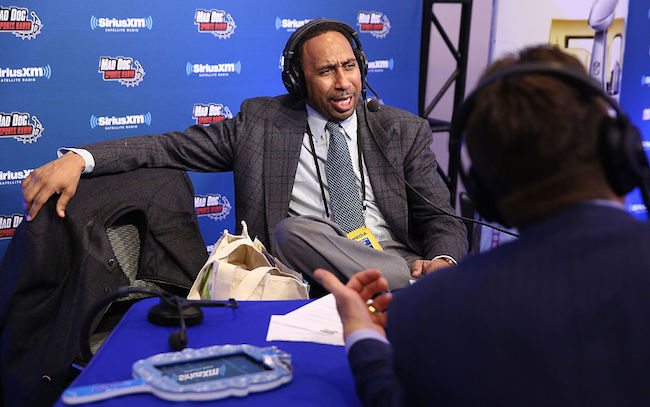 If I had to compare Stephen A. Smith with someone I went to middle school with, it would be the kid who was constantly slinging out Hot Takes before Hot Takes were even a thing. He’d sit at the lunch table saying nonsense like unfrosted Pop Tarts are better than regular ones and defending his shit opinions by gradually screaming louder than anyone else at the table before convincing himself he won.

Smith has a history of handing out some particularly spicy opinions and constantly getting dragged on Twitter by basically everyone, and when rumors about LeBron James potentially joining the Golden State Warriors next season started to make the rounds, the First Take co-host took full advantage of his opportunity to yell loudly.

While discussing the subject with Max Kellerman, Smith pulled out his best impression of Jay Pharoah’s impression of him when he launched into a vintage tirade after lulling viewers into a false sense of security when he uncharacteristically offered an opinion at a reasonable decibel level.

Smith tried to argue that defecting from Cleveland would be a blemish on James’ impressive résumé, saying:

“Let me be very, very clear to LeBron James. If you even think of going to the Golden State Warriors, your legacy is tarnished forever. There’s no other way around it. You cannot be the best player in the world that has had a stacked deck, that wins three championships – the latest in Cleveland, after ending a drought that lasted more than a half-century in that city. You’ve lost two of the last three championships to the Golden State Warriors, and then you turn around and you decide to join them?”

I’m sure LeBron will take all of this advice to heart.