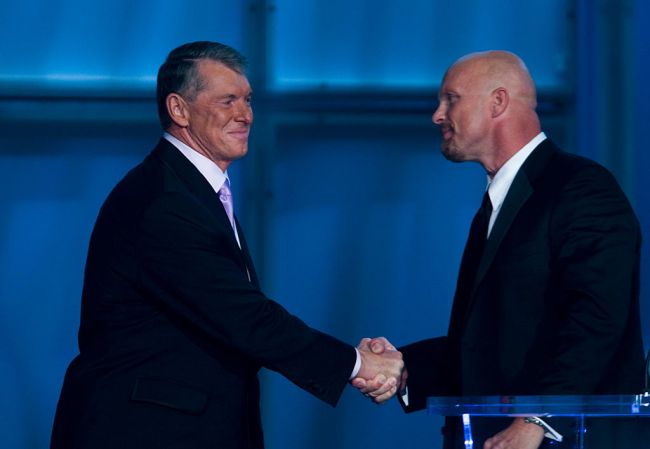 Professional wrestling is finally getting the documentary treatment it rightly deserves.

After the massive success of “The Last Dance“, producers have been attached to several possible projects.

In a recent interview, former WWE ring announcer Lillian Garcia shared that she’d been approached by WWE about being featured in a documentary about “Stone Cold” Steve Austin.

In an appearance on The Chris Van Vliet Show, Garcia shared everything she knew so far about the series.

“WWE contacted me and they said the producers from The Last Dance are going to reach out to you,” Garcia said.

“They want you in their documentary. It’s crazy because when I got the message I was literally just watching The Last Dance documentary.

I said, ‘Jake I’m literally watching your documentary right now, this is amazing.’

I come to find out that they want to do a documentary for ‘Stone Cold’ Steve Austin and it’s coming out next year.”

The success of the Vice series “Dark Side of the Ring” proves there is an audience of wrestling-focused shows and last week, Netflix announced a docuseries on WWE chairman Vince McMahon.

Stephanie McMahon confirmed the project – produced by Bill Simmons and the team behind the Andre The Giant documentary – on a recent episode of the Token CEO podcast.

“For the first time ever, there is a four-part documentary on the life of my father Vince McMahon and it’s going to be on Netflix,” Stephanie said.

“It’s a really big deal. I’m totally nervous about it because I want to protect my dad, not that he wants to be protected.

It’s going to be incredible. There’s no one like my father.”