Steve Kerr Wants One Rule Changed In The NBA, And A Whole Lot Of Fans Agree With Him 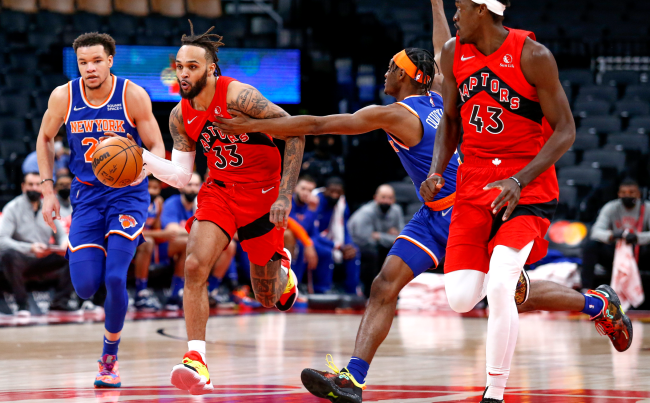 Golden State Warriors coach Steve Kerr is one among many who are tired of seeing transition-killing “take” fouls slow down the action in today’s NBA.

In fact, Kerr is so sick of seeing it that he is lobbying the NBA to make a rule change.

Kerr said on Wednesday that he would like to see the NBA make these “take” fouls a technical, just like they are in FIBA games.

However, in FIBA, if a player commits a transition-killing “take” foul, they are penalized the same as a “clear path” foul – the team that was fouled is granted two free throws and possession of the ball, or the equivalent of a Flagrant 1 foul in the NBA.

Numerous folks on social media agreed with Kerr’s complaint and his suggestion for the league.

If NBA could adopt one FIBA rule, Steve Kerr said he'd want them to eliminate the take foul from the game. In FIBA, it's a technical. "I know the league is looking at it," he said.

Big co-sign. Take fouls ruin some of the most exciting plays in the game and reward mistakes.

The most obvious rule that needs change - do it tonight

Has to happen. Long overdue.

Where do I sign? Can I vote multiple times for this?

I concur with Kerr. I conKerr.

Some NBA fans don’t think even that change in the rules is enough though.

Technical isn't enough.
Just make it like goal tending but worth 3.
It'll stop.

Punishment. 1 free throw worth three points. Teams would let the dunker go and give up just the two points

Even better - personal foul to player, delay of game bench tech to coach, 2 shots plus possession. Make it stupidly punitive.

I’d also like to see the NBA adopt soccer’s advantage rule. If a foul kills an advantage, just don’t blow the whistle at all, let the break continue / the team score, then assess the foul after the fact.

That… would actually be fun to see. Maybe the NBA can also add a ego-shaming penalty box for the player to sit in similar to what the NHL uses.