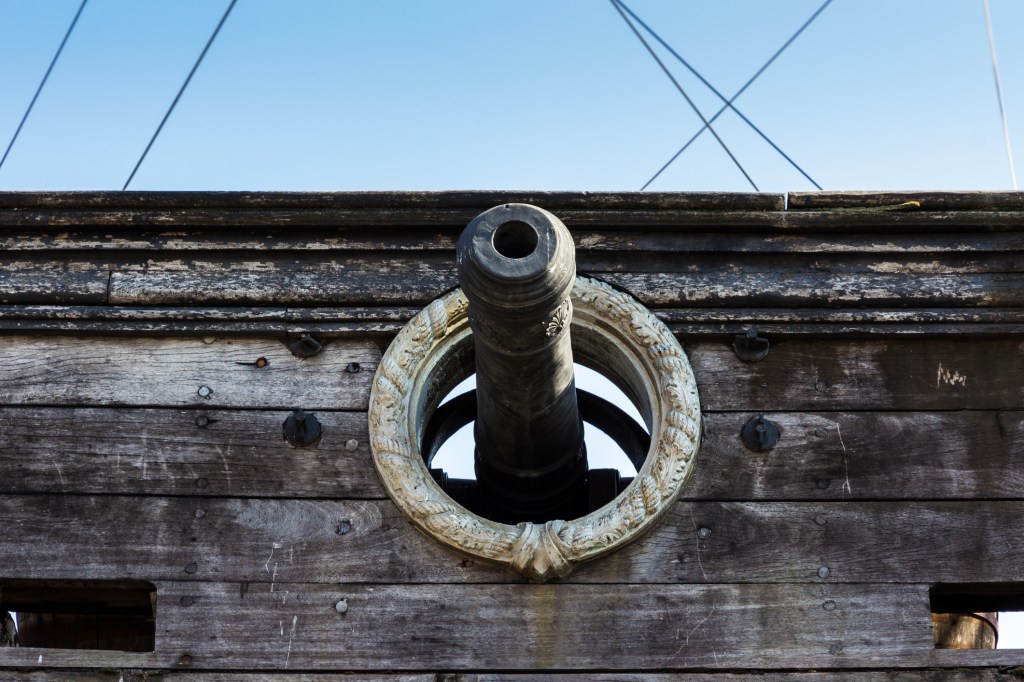 If you’ve never been fortunate enough to watch a Tampa Bay Buccaneers game from inside the Raymond James Stadium then I feel bad for you. Every sports fan should be so lucky. My team has a PIRATE SHIP in the stadium complete with real cannons that fire every time there’s a touchdown! Side note: commenting on articles is now LIVE on BroBible and you can log in via Twitter, Facebook, or email in like two seconds and let me know what you think about the NFL‘s decision here.

I challenge anyone who thinks that a Buccaneer (pirate) is a lame mascot to go to a Bucs game and witness those pirate ship cannons firing in person and tell me it’s not one of the greatest celebration experiences in professional sports. Right up there is that Tampa Bay Lightning shooting real lightning from tesla coils anytime the Bolts score. 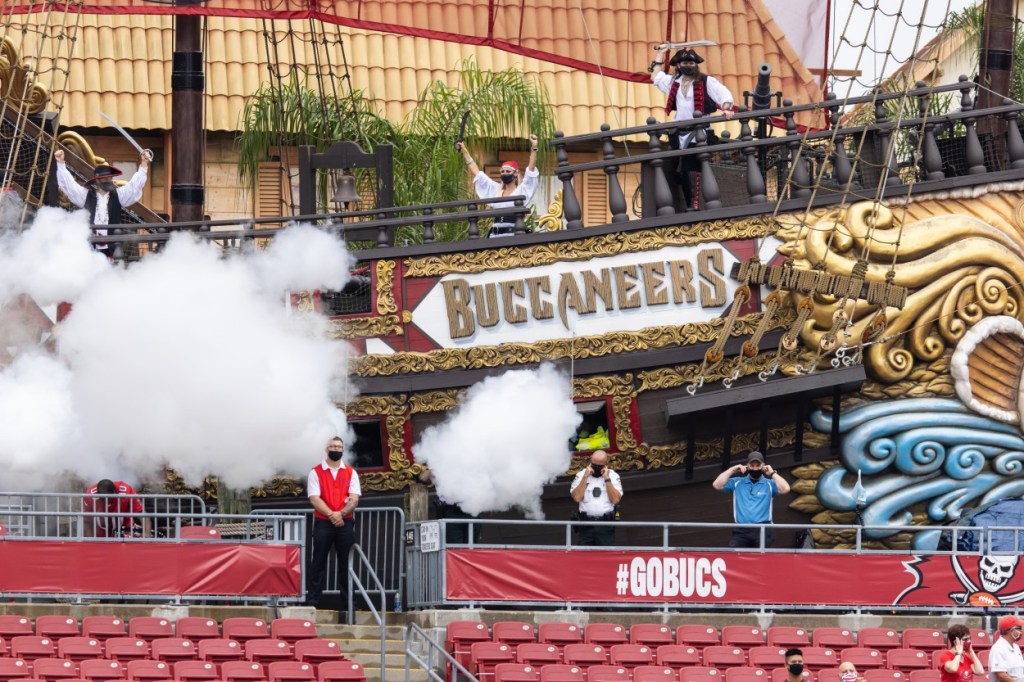 You know all about the Tampa Bay Buccaneers being the first team in NFL history to both host the Super Bowl and play in the Super Bowl at the same time. You’d think that the league would want those cannons firing nonstop because it’s such a unique feature of the stadium but the No Fun League is having none of that. The Buccaneers fought hard to be allowed to fire their cannons during the game but the NFL said ‘nah, bro’ after the Chiefs reportedly weren’t into the idea.

While the cannons may not fire in their typical fashion, we look forward to showcasing parts of our tradition while working within the league’s guidelines. pic.twitter.com/HOxqtZj6kQ

Based on various reports, the cannons won’t actually be fired at all. Instead, there will be recorded audio of the cannons being fired that will play when the Buccaneers are introduced and if/when they win the game. A damn audio recording! It sounds like the Chiefs were the deciding factor here and the reason the Bucs’ cannons won’t be fired:

Can say with good knowledge that the Bucs organization fought the good fight on this. They wanted the cannons. Chiefs weren’t as into the idea. Was a conversation that lasted several days with the league. https://t.co/x9qZSeGiV1

They got a RECORDING of cannons for introductions. Not even the actual pre-game firing of them.
A BOOM box. https://t.co/TROwluxpET

Cannon news — finally got answers about Super Bowl at Raymond James Stadium. NFL says that because it is a neutral site game, cannons will NOT fire as they traditionally do when Bucs score or enter red zone, but they will when the team is introduced, and definitely if they win.

They should 100% be firing the cannons but they should be doing it for both teams. The Chiefs should recognize that this is the only time in the history of their franchise that they would’ve been able to take advantage of the stadium cannons and they should’ve leaned into that. Instead, the 22,000 fans at the Raymond James Stadium will be forced to listen to an audio recording of the cannons.

I guess the only thing left to do is go buy a cannon. I’ve got more than four full days to find one locally and purchase it. Since I already live in Bucs country this shouldn’t be a problem. I leave near an Audobon Bird Sanctuary which means I can definitely just fire cannonballs in that direction and not worry about the birds, right? It’s not like there are people over there (joking, of course, for any crazy bird people out there).

Let me know down below in the comments if you think the Tampa Bay Buccaneers should’ve been able to fire the cannons!